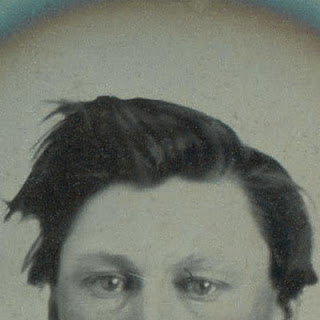 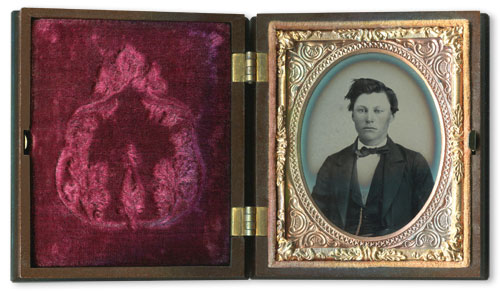 I recently bought an ambrotype (in a gutta percha case) to add to my photographic collection. The sitter has very unkempt hair, and as I look at this image, I wonder if it might have been too much for the photographer to produce a mirror. "Oh, my, has the wind picked up? Why don't I allow you some time to get yourself together before we begin the session?"

Of course the photographer might not have had a mirror. In our own age of materialism, it's hard to imagine that 50 years before this photograph was taken, the average American family lived without carpets or curtains, usually owned only one or two candlesticks, and had just enough chairs in the house for family members to sit down to a meal. Jack Larkin's fascinating book, The Reshaping of Everyday life, 1790-1840, says this about the households of 1800:

"... Most walls were bare, as well; American houses were strikingly poor in images. Appraisers found fewer than one household in ten with a painting, print or engraving. Only looking glasses, or framed mirrors, broke the empty expanse of walls, and most houses had no more than one or two. Their rarity made them important objects, prominently placed in the parlor or sitting room. Not only was a looking glass crucial for respectable grooming — a family without one surely faced some difficulty in looking presentable — but it also helped eke out scanty illumination by throwing back reflected candlelight."

Perhaps in the immediate following decades, grooming — particularly of the hair — retained a lower standard. And so I submit to you a gallery of prominent political celebrities of the mid-1800s. You can decide for yourself. 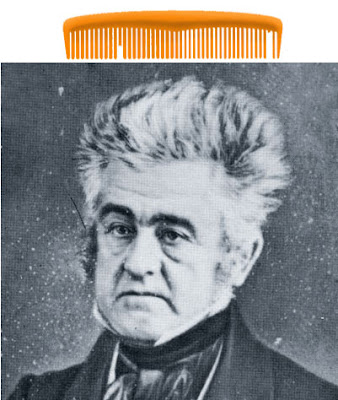 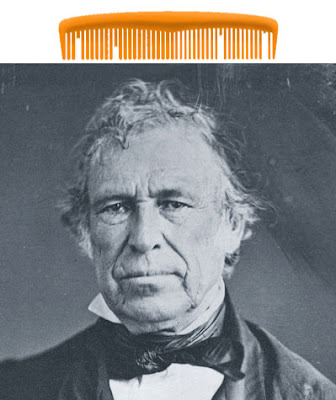 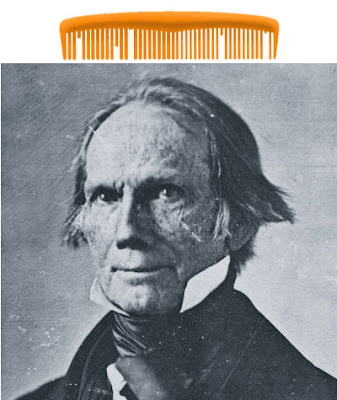 Henry Clay, Senator from Kentucky
and two-time nominee for Presidency of the United States, c. 1850 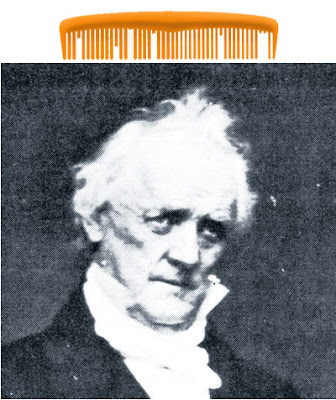 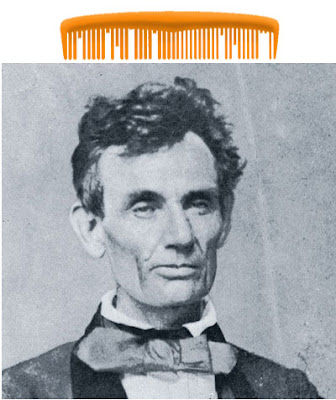 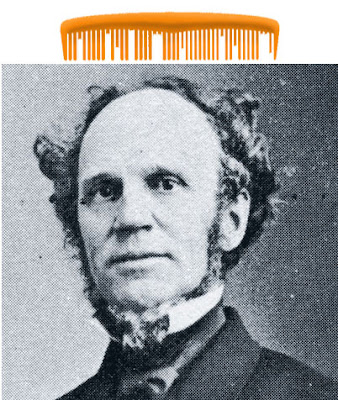 Horatio Seymour, unsuccessful Democratic candidate
for Presidency of the United States, 1868
And for good measure, I'll throw in the great American poet, Henry Wadsworth Longfellow, photographed circa 1850, on a good day. 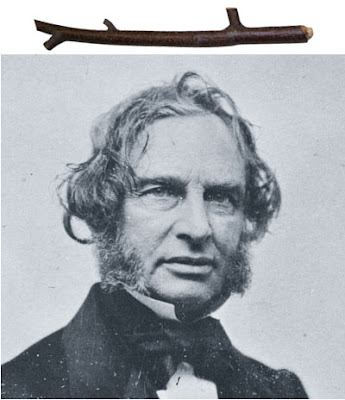