Collaborating on a Cigar Store Indian 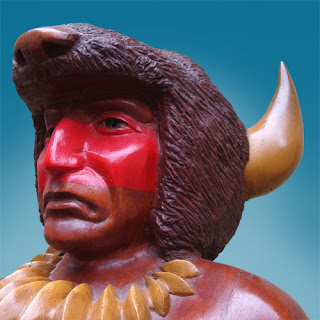 My first job was at a Pittsburgh advertising studio. Another artist there was Paul Rendel, a very talented illustrator who became both a friend and mentor. Paul enjoyed carving wood, and when I said that his front door looked like a really fun project — he had carved a beautiful sun on it — he suggested collaborating on a wood carving.

I had just finished an illustration with a cigar store Indian, so that's the project I proposed. Paul liked the idea, too. The year was 1976, the Bicentennial.

We decided to do three things in preparation:
Our drawings are long gone, but Paul's concept was an accurate depiction of a Sioux warrior, while my concept was a more romanticized and traditional cigar store Indian, which as you can see by the Smithsonian figures above (center and right), was purely fictional.

Our final piece, named Kicking Bear,
was a happy compromise. 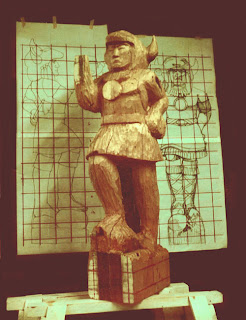 Here's Kicking Bear in Paul's garage, at an early stage of the carving. Because uncured wood has a tendency to split, we used wood that was at least 80 years old, salvaged from the Queen City Railroad Station in Cumberland, Maryland. Paul tried various glues for the lamination, including marine glue, but settled on Elmer's Glue.

Because Paul had the working space, and because he was the more experienced carver, Paul did the major part of the carving, and I did detail work (always the detail man). When the carving was finished at Paul's house, it moved to my apartment, where I did most of the painting.

Kicking Bear was a real person, an Oglala Sioux who was both a warrior and a medicine man, and sometimes called a prophet. He took part in the battle known as Custer's Last Stand, and shortly thereafter made a pictograph of the entire battle. Above is a detail. (Kicking Bear became a friend of Frederick Remington, and it's believed that Remington had asked him to do the drawing.) 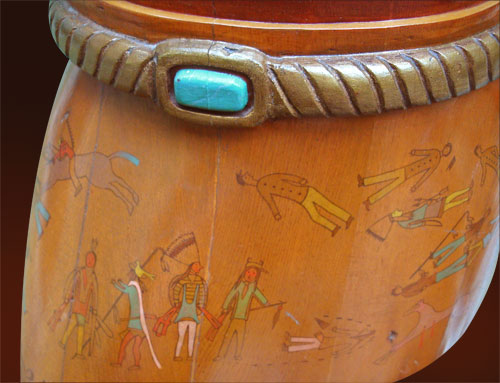 The skirt on Kicking Bear — the statue — faithfully displays that rendering. Above, and at the front of the skirt, are chiefs and medicine men, the battle high command. Below, Custer is depicted alone and unscalped. Kicking Bear explained that the outlines superimposed over the dead cavalrymen were their souls rising. 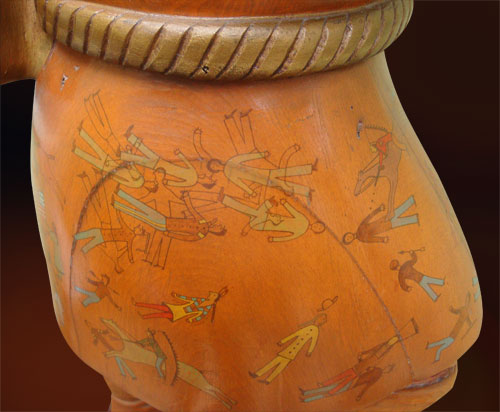 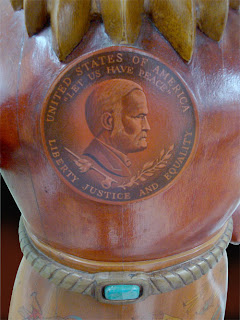 Around his neck, Kicking Bear wears a bear claw necklace from which is suspended a medal from President Grant. The carved and painted medal replicates an actual one that states, "Liberty Justice and Equality," which of course was a broken promise, one of many.

While Kicking Bear offers a pipe (presumably a peace pipe) he holds a tomahawk behind his back. He appears to have one foot upon a stone, but from the rear, the viewer sees a skull. 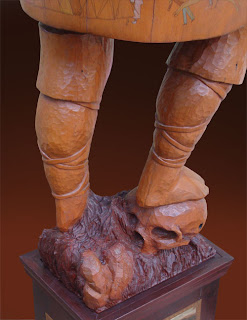 The figure of Kicking Bear nests into the base, which proclaims on the front that the tobacco is "Mild & Mellow." 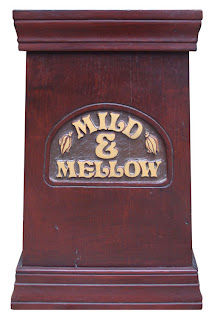 The two sides of the base depict a tobacco farm at different seasons. One side shows the crop in full growth, while the other side side shows the tobacco being dried, or "cured." Note that the barn sides open during the curing process. 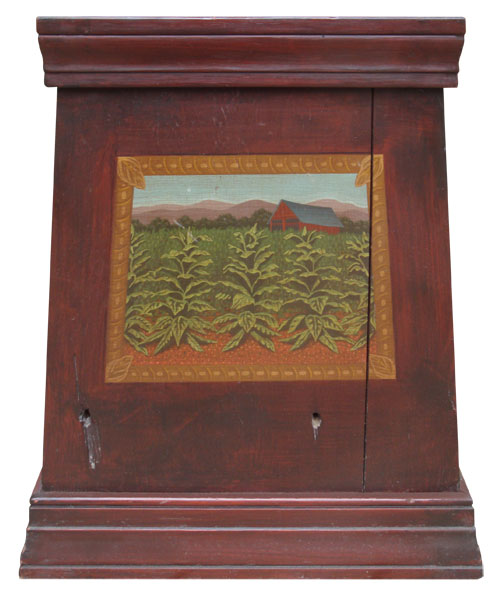 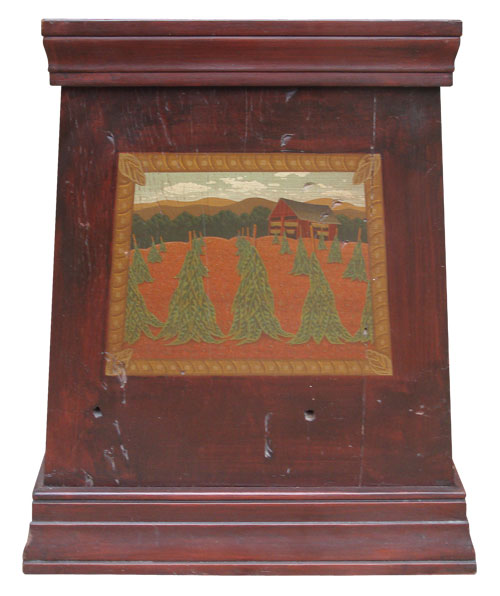 And here we are in a very posed photograph from long ago. Paul Rendel is on the left, and I'm on the right. Needless to say, I didn't actually do any staining in dress slacks!

The carving of Kicking Bear was a year-long project for Paul and me, and Paul's wife endured sawdust in her house for much of that time. A selling price was established for the carving, and I eventually bought Paul's share, though not before Kicking Bear was displayed at several art shows. I later gifted the cigar store Indian to my older brother, at whose home it now resides.
.
Posted by Mark D. Ruffner at 12:00 AM