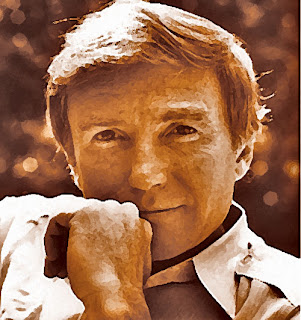 Bernie Fuches (1932-2009) belongs at the very end of the Golden Age of Illustration. Amazingly, he chose a career in art after having lost three fingers from his right hand in an industrial accident, and with no formal art training. In the 1950s, Fuches moved to Detroit and painted car ads for the auto industry. In the late 50s, he moved to Westport, Connecticut to be closer to New York, and from a serene studio there, began illustrating for magazines that included McCalls, Redbook and The Ladies Home Journal.


Fuches' style and compositions were fresh and different and by the age of 30, he was one of America's top illustrators.
Throughout the 1960s, Fuches' work was closely associated with the style of McCalls magazine, and he had many imitators. But while his legion of imitators swelled, Bernie Fuches moved on, and his work evolved into a second style that's also associated with him.
Two detail shots of this poster follow. 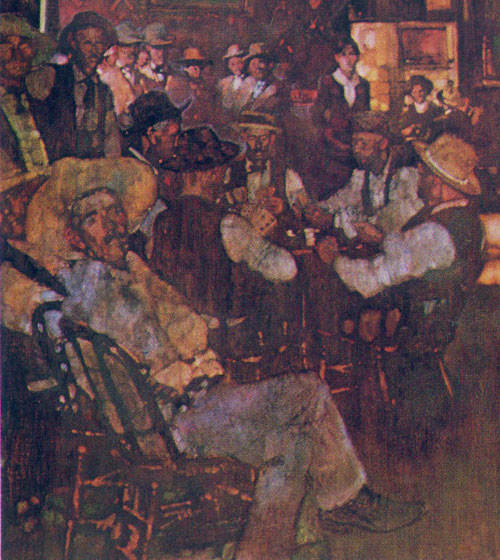 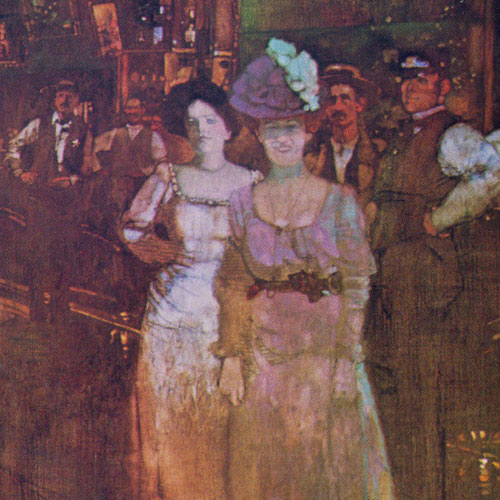 It appears to me that Fuches scrubbed on an under painting and then worked from dark to light and from shadows to highlights. Much of his later work has the textural appearance of batiks.
Fuches was associated with Sports Illustrated for many years. This painting accompanied an article on Jackie Robinson.
Bernie Fuches was the youngest person elected to the Society of Illustrators Hall of Fame. He painted portraits of presidents, designed U.S. postage stamps and illustrated children's books. Though he never fully retired, Fuches spent his last years working through the Jack O'Grady Gallery, where his work was sold as fine art.
The perpetually youthful Bernie Fuches died of cancer just two years ago. Reportedly, he was sketching on his deathbed.
.
Posted by Mark D. Ruffner at 6:20 AM