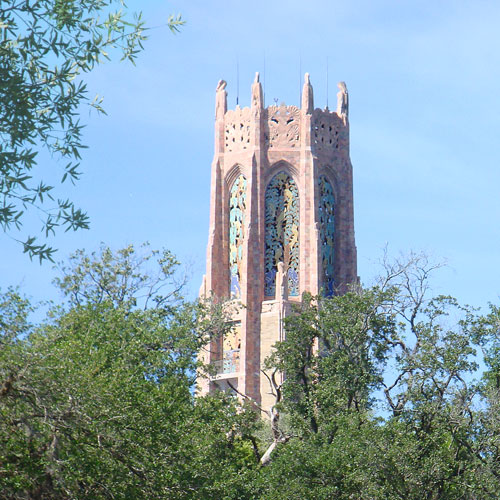 Located in Lake Wales – Florida's highest point – Bok Tower is one of this country's most beautiful National Landmarks. It's a 60-bell carillon that was built by Edward W. Bok, who gave it to the American people in 1929. 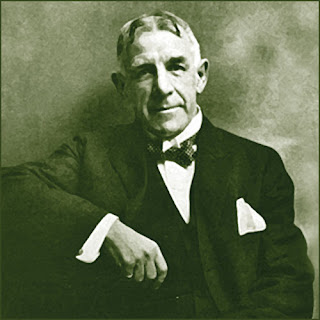 Edward W. Bok came to the United States from the Netherlands when he was six years old. At an early age, he had an amazing facility for making friends with important people through letter writing. It was an asset that would come in handy throughout his life in publishing. (Bok's talent for befriending famous people is well documented in Dale Carnegie's 1936 best seller, How To Win Friends and Influence People.) Eventually Bok became the publisher of The Ladies Home Journal, which he turned into a serious magazine, and the first to have over a million subscribers. He retired a wealthy man and then turned his attention to building his beautiful carillon. 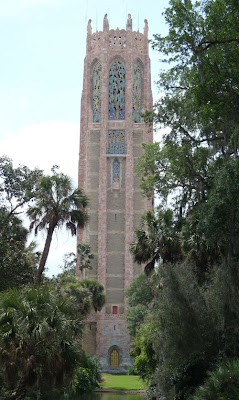 Bok spared no expense. The 205-foot tall tower was designed by architect Milton B. Medary and was constructed from Georgia marble. The grounds, which cover a steep hill, were designed by Frederick Law Olmsted, Jr. 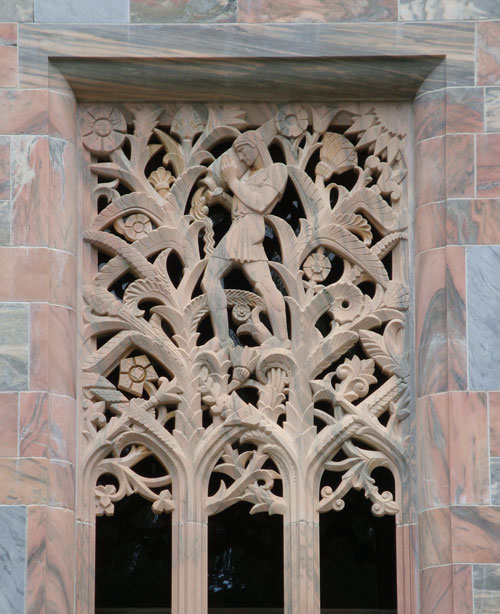 Lee Lawrie carved intricate flora and fauna details in the Art Deco style. I especially like this window. 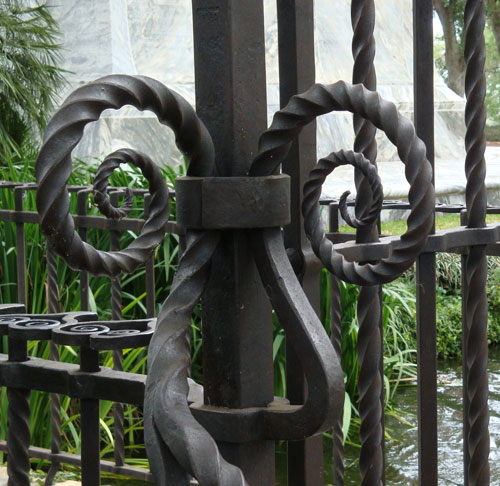 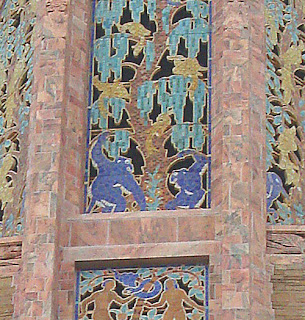 The top of the tower features a filigree of ceramic tile by the artist J. H. Dulles Allen. The grilles, which are at bell-level, measure 10 feet wide and 35 feet high. The bells were made by the John Taylor & Co., Ltd. bell foundry of Loughborough, England. There are 60 bells in all, weighing from 16 pounds to almost 12 tons.

Bok Tower is open 365 days a year, and the carillon bells ring on the half hour. Live performances can be heard at 1:00 p.m. and 3:00 p.m. on Saturdays, Sundays, Tuesdays and Wednesdays. One fun feature is an outdoor video that allows visitors to watch the carillonneur play in real time. 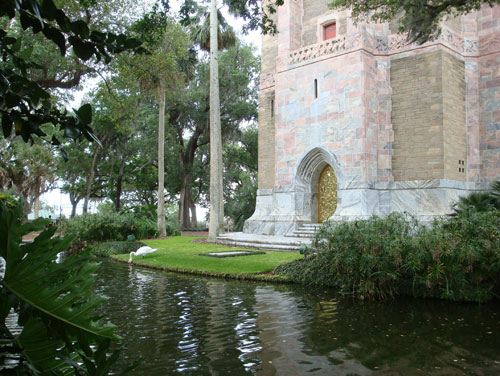 Edward Bok is buried at the base of the carillon, by a reflecting pool inhabited by two Mute Swans. 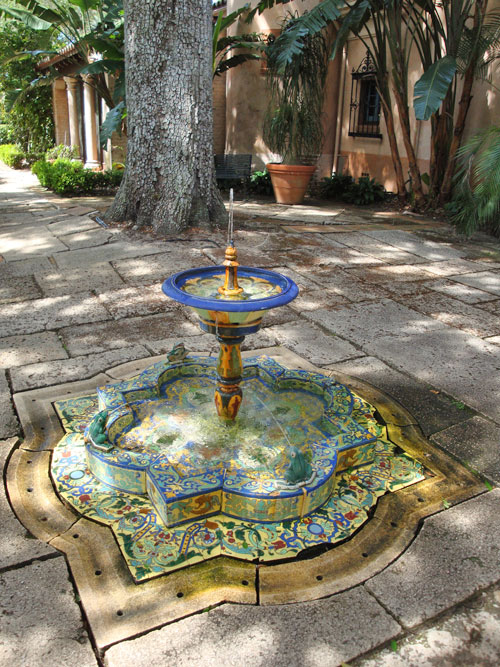 Adjacent to Bok Tower, and open to tours, is Pinewood, the estate of one of Edward Bok's neighbors. Pinewood has been preserved as it was in the 1930s, and is a perfect complement to the Bok Tower visit.
.
Posted by Mark D. Ruffner at 6:20 AM