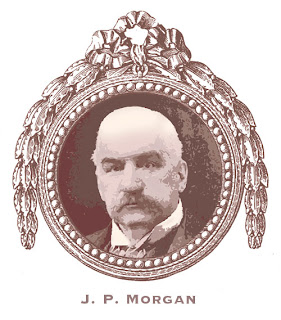 I've been rereading an entertaining and absorbing book from 1952, Duveen, by S. N. Behrman. It's the biography of Joseph Duveen, later Lord Duveen, the son of an antiques trader, and one of the greatest art dealers of all time. 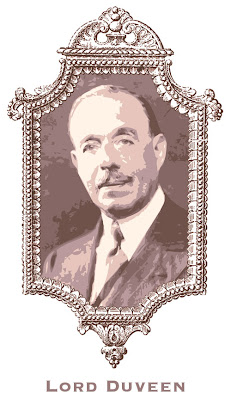 Joseph Duveen learned the antiques trade from his father, Joseph Joel Duveen, and from his uncle, Henry Duveen. Eventually he went on to specialize — with huge success — in selling Old Masters. In partnership with Bernard Berenson, who authenticated paintings, Duveen provided a steady stream of masterpieces to eager industrialists like Kress, Mellon, Hearst and Frick. What makes the book so entertaining is that Lord Duveen understood the personalities of American millionaires and catered to them, while also playing incredible mind games with them.

One of my favorite moments in art history is recounted early in the book, when J. P. Morgan (as cagey as they come) decided to test Joseph Joel Duveen. He had heard that the elder Duveen was an expert in Chinese ceramics, so he invited the Duveens for a visit. When Joseph Joel, Uncle Henry and the young Joseph Duveen arrived, J. P. Morgan showed them five Chinese ceramic beakers. He explained that three were priceless, and that two were fakes. "Tell me which ones are the fakes." 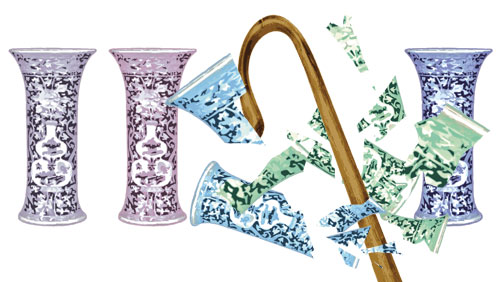 The elder Duveen studied the five ceramics, then raised his cane and with great force, smashed two of them! He explained that if he were mistaken, he'd of course reimburse Morgan for the loss. Duveen had been correct, and the astonished J. P. Morgan was both relieved and impressed.

And that was just part of the training for Joseph Duveen, later Lord Duveen.

Morgan went on to use the Duveens in many dealings.
.
Posted by Mark D. Ruffner at 4:00 AM