Several times a year, I cross Tampa Bay to go to the Tampa Theater, usually to see a good documentary. It's always a special treat.

Tampa Theater was designed by architect John Eberson in 1926. It was hugely popular when it opened because it was Tampa's first public building to be air conditioned. The building's facade hints at the ornate design within.

This ceiling, which strikes me as Venetian in design, is above the ticket booth and extends into the lobby. Elaborate tile patterns are throughout the theater.

I always gravitate to the balcony, all the better to take in the theater's decor, an ornate architectural facade. The theater is usually darkened, but I was able to shoot the detail below without using a flash.

There's a concert of period music before every showing, when an organ rises from beneath the stage. Just before the movie begins, the organist acknowledges the audience with a wave of his hand, and then the organ descends back down to the basement.

There are several fountains like this one throughout Tampa Theater, and wonderful details at every turn, like the alcove and urn, below.


Amazingly, almost nothing has changed since 1926 — just look at this great sign in front of the men's room. Below is one corner of the men's room, glistening with gold tile. I wouldn't be at all surprised if an attendant sat in that chair at one time.

By 1973, Tampa Theater had fallen on hard times and was in jeopardy of being torn down like so many other great theaters around the country. But the citizens of Tampa rallied behind it, the city assumed its leases and today it's run by a not-for-profit foundation. The Hillsborough County Arts Council manages the films shown at the theater, and holds over 600 events there each year. In 1978, Tampa Theater was named to the National Register of Historic Places.


One last look back as we exit the theater lobby.
.
Posted by Mark D. Ruffner at 6:30 AM 21 comments 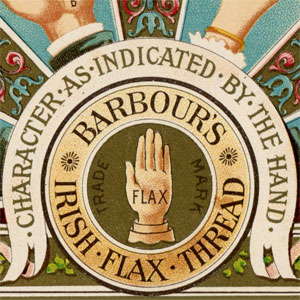 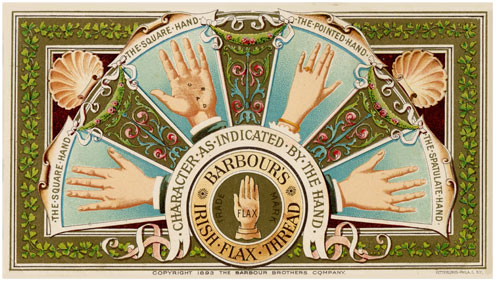 This card, dating to 1893, was designed by Barbour's in-house art department.  I'm guessing that the artist who designed it consulted Owen Jones' The Grammar of Ornament. And the back of the card is as interesting as the front. So let's proceed to the hand analysis. 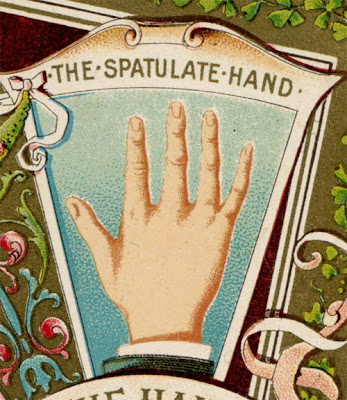 (As the newspaper's horoscope always disclaims, this is just for entertainment — I know you're not really an indolent tyrant.) 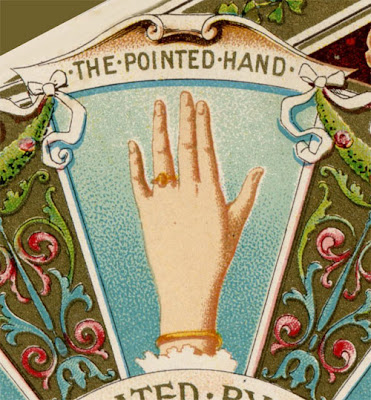 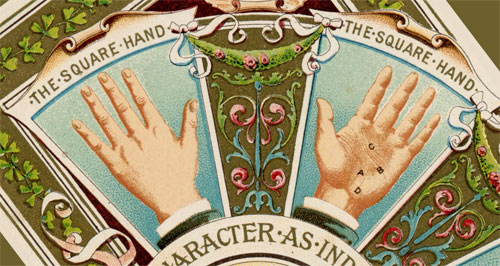 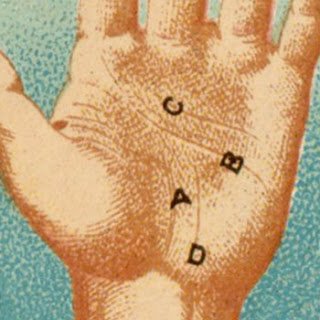 Well, I'm in trouble, but I hope you did better!

•  •  •
Going back to the beginning of this posting, many 19th-century graphic designers consulted newly published handbooks of historic ornament. The designer of the Barbours card may have used L'Ornement Polychrome, by Auguste Racinet. Here are several samples from that book:

Over the course of my career as a graphic designer, I've designed many logos, including one for a Presidential event. But invariably it's been the smaller, locally based logos that have provided the most pleasure and satisfaction.

I was once asked to design a logo for a small enterprise that made decals for model car racing enthusiasts. The owner owned a dachshund and wanted a racing dachshund to be the logo.

I immediately thought of the one famous logo with a racing dog — the Greyhound Bus logo — and I set about turning a greyhound into a dachshund. Here was the result: 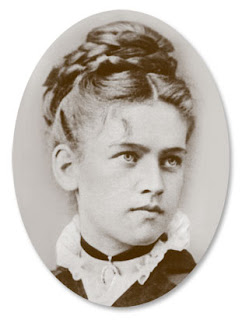 My great-grandmother, Emma Breguet, died at a young age, and little of what belonged to her is left. What remains reveals that she gravitated to all things inlaid, including micromosaics. Today I thought I'd share one of her paperweights, apparently a souvenir of Rome.

Below are the individual sights, and you can click on each of them to enlarge the images. (Because the black marble base has many hairline scratches, I've obscured them so that you might focus more easily on these little masterpieces.)

For larger mosaics, glass chips called smalti, below, are used (smalto, singular). For micromosaics, smalti is heated and drawn out into long threads called filati, which in that drawing out become very thin. It is this filati that is used in micromosaics, and it is indeed thin; you can see where filati is missing in areas of the Pantheon, above, and that slight deterioration is essentially a flaking.

Above is smalti, huge in comparison to the filati that would be used in micromosaics.

Because the filati pieces are so tiny, beautiful gradations can be accomplished. Look, for example, at how the skies in all the images above gradate to the horizon, and then see what a stunning effect that creates in the first image of the entire plaque.

Above is one of the most spectacular of micromosaics, an image of the Colosseum measuring 18¾ x 25⅞. It's on extended loan to the Victoria and Albert Museum from the Los Angeles County Museum of Art, the Gilbert Collection. This micromosaic was made circa 1850.
.
Posted by Mark D. Ruffner at 6:30 AM 22 comments 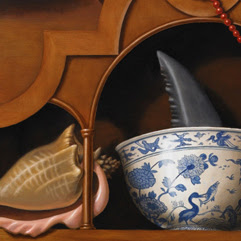 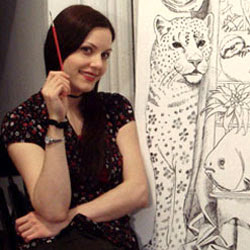 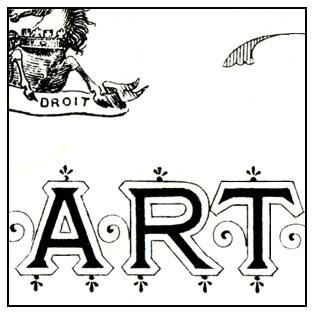 As I've been sharing my collection of antique advertising with you, I've usually concentrated on the fronts of trade cards, which are often beautiful examples of 19th century lithography. 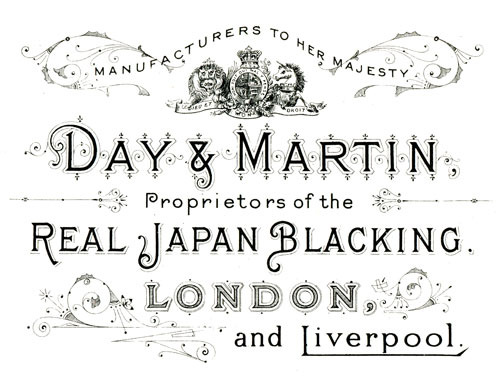 But the backs are sometimes just as spectacular in their decoration and lettering. They're also very imaginative in their design. Look, for example, at the "L" in "Liverpool!" 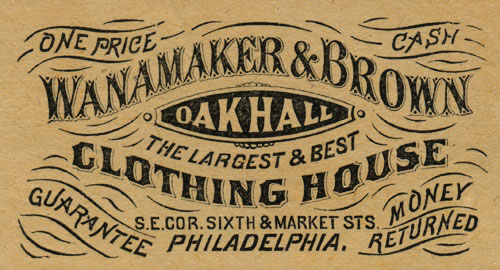 You'll notice that all of the examples I share in this posting have curved lettering and some degree of bannering. 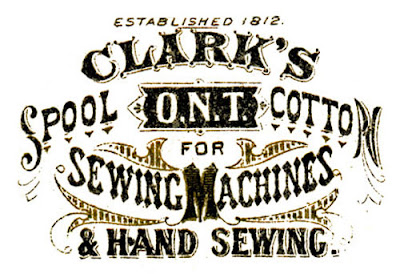 This example comes from a very small card, only about two inches high. It's greatly enlarged for your viewing. 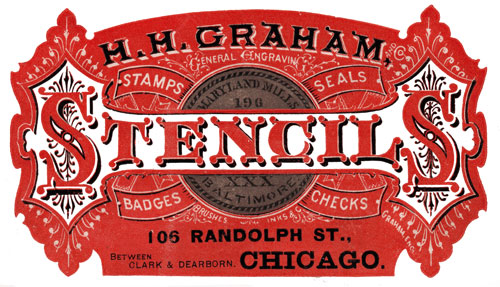 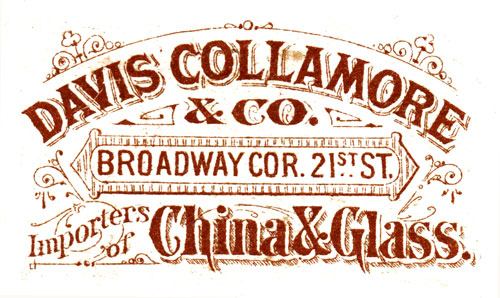 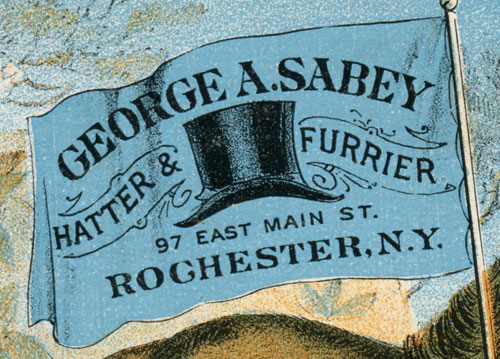 One final observation that I'd make is that almost all of the typography shown here (if indeed not all of it) is hand-lettered. Just one more reason that I enjoy collecting and studying these little marvels!
.
Posted by Mark D. Ruffner at 6:30 AM 10 comments