Pompeii No.37: Painting the Legends 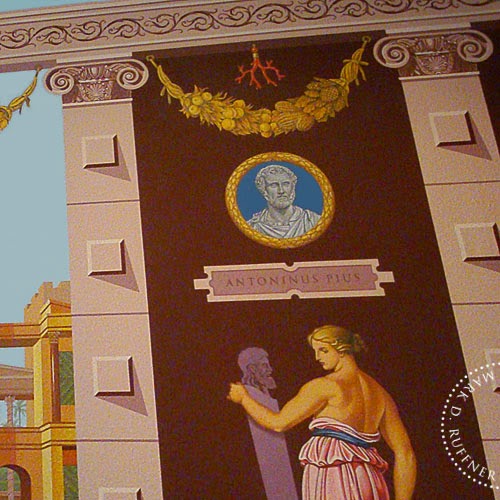 I thought it appropriate to label the roundel portraits (the last three of the Five Good Emperors), and so I cast about for a good label design to do them justice. 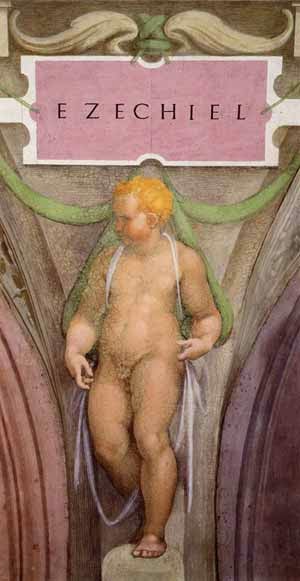 Here's how Michelangelo labeled each of the Sibyls in the Sistine Chapel. That's what I settled on, and as it turns out, my choice of colors is close to his as well. 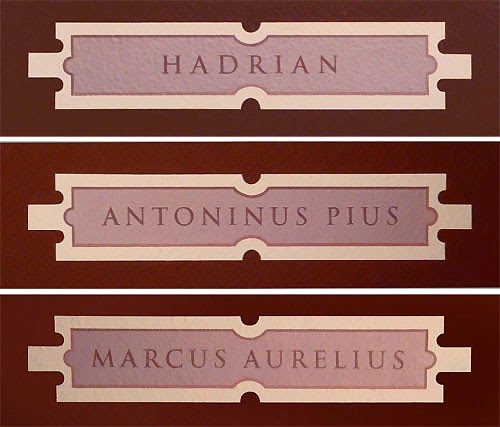 This type of design is called "strapwork," because the shapes mimic the artful designs that leather and metal straps of Michelangelo's time featured. My blogging friend Theresa of Art's The Answer has posted extensively about strapwork, and you can read more about it at her site, here. 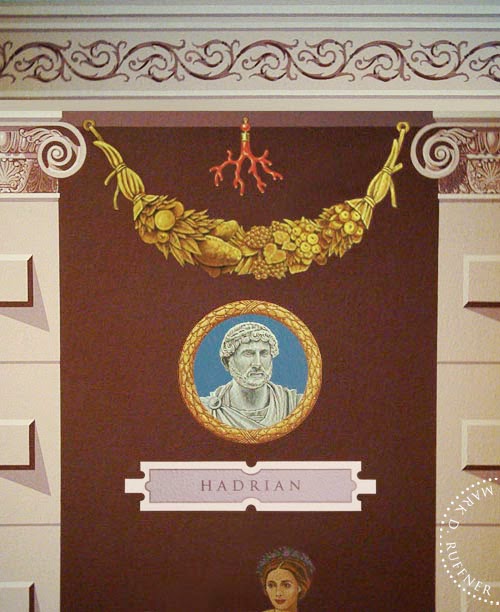 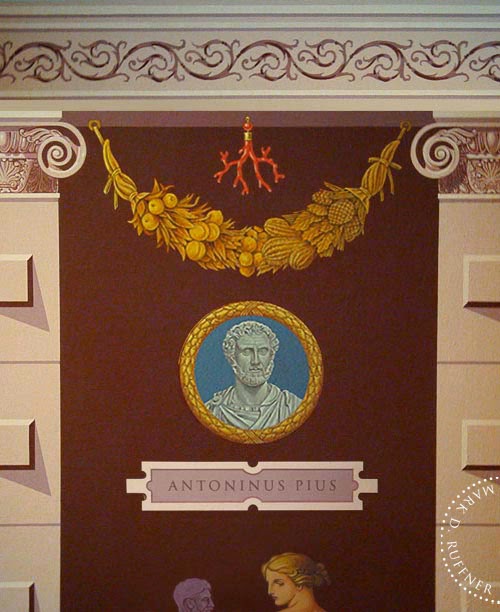 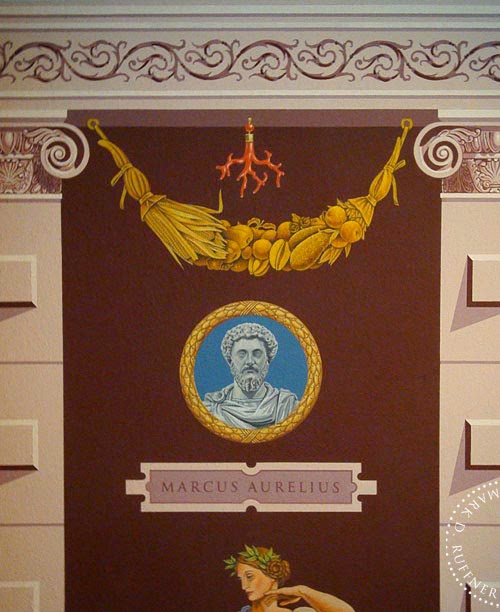 Below is the primary wall of the Pompeii Room, finished above the green bar. I'll be doing more work on the green and red areas a little later.

Notice that the two roundel portraits on this wall balance the clipeus, or metal shield that hangs over the cityscape. Likewise, the bases of the muses balance the flowers and the white cloth behind them, in the identical stepped pattern. Finally, within the cityscape itself, the divided pediments in the background follow the stepped pattern as they relate to the foreground pediment.

I have one more element to add above Marcus Aurelius, and then we'll look at his wall, too. But first, I'll be sharing a Pompeian surprise that came my way recently. I hope you'll join me next week for that!
.
Posted by Mark D. Ruffner at 8:00 AM 21 comments 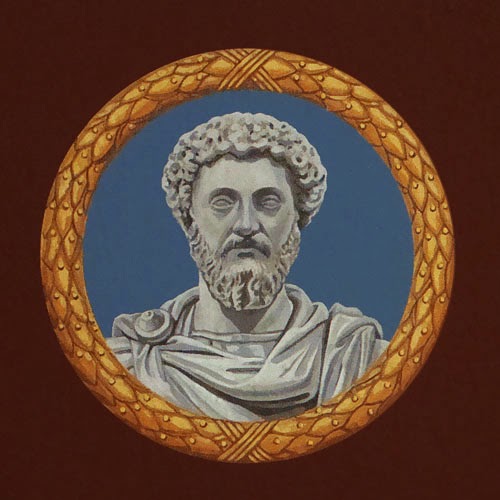 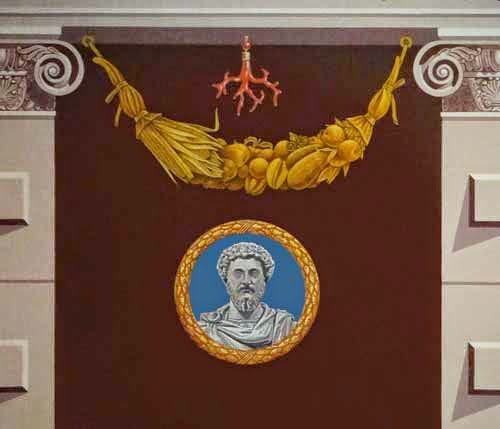 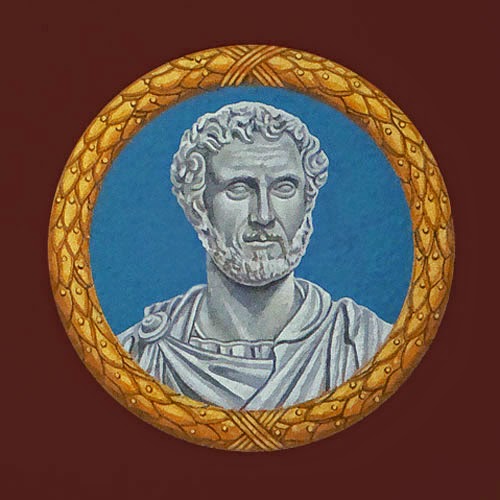 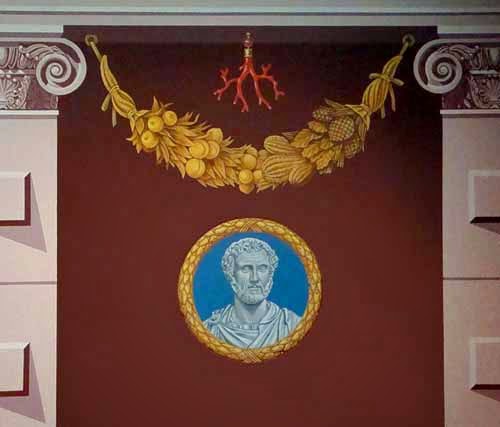 I hope you'll join me next week
for the last of the Five Good Emperors!
.
Posted by Mark D. Ruffner at 8:00 AM 10 comments 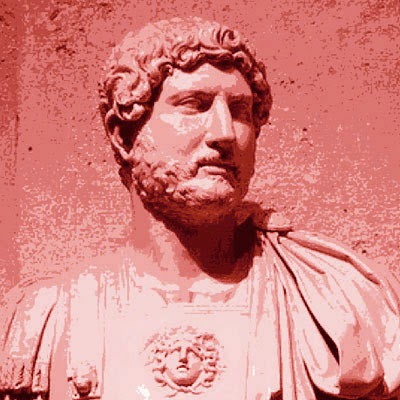 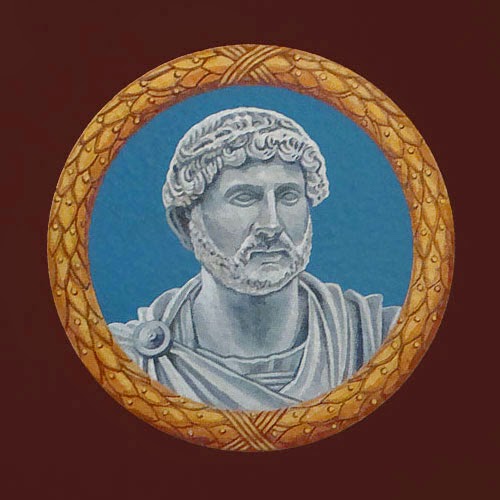 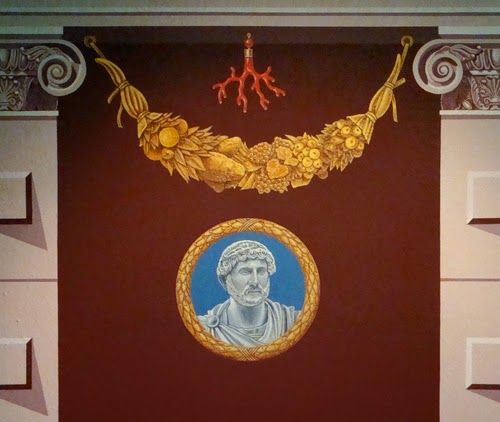