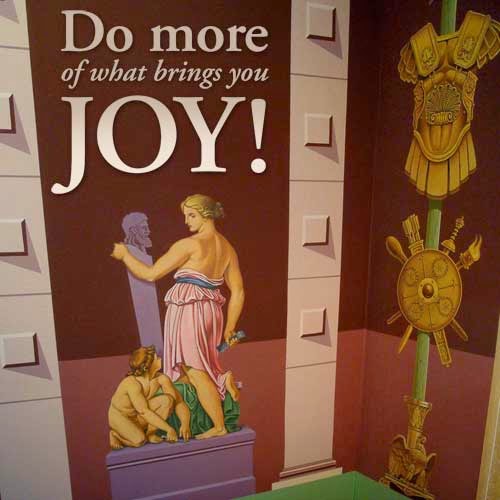 We'll get back to the progress of the Pompeii Room in the next posting. In the meantime, I hope you are able to extend the spirit of the season, and are enjoying New Year's Day!
.
Posted by Mark D. Ruffner at 9:25 AM 16 comments 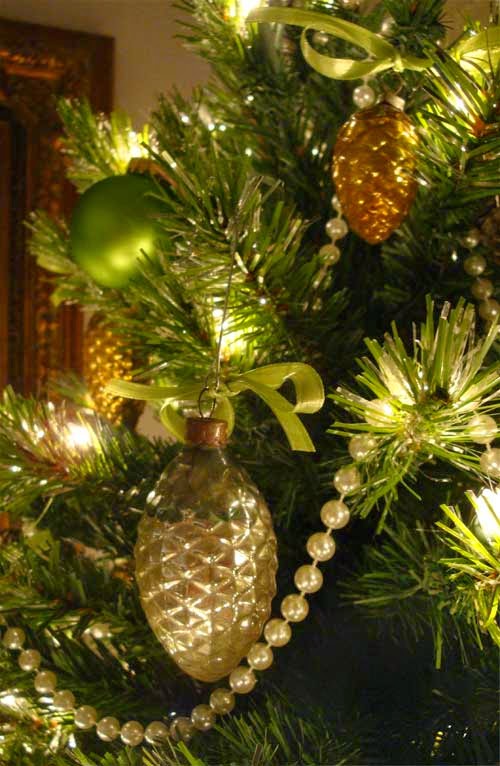 For the past couple of years, I've been collecting antique glass ornaments that are all silver or gold pine cones. Here's a close-up of this year's tree — wouldn't it be interesting to know the stories these old ornaments could tell!?

I wish you a Merry Christmas!

In my last posting, I unveiled a dove to complete part of my Pompeian mural. And today I'm offering you this dove from my collection of ephemera. The red ribbon in the dove's beak reads, "May joy be around you." That's my wish for your holiday season and for the year to come. Thanks to all my blogging friends, and all the best in 2015! 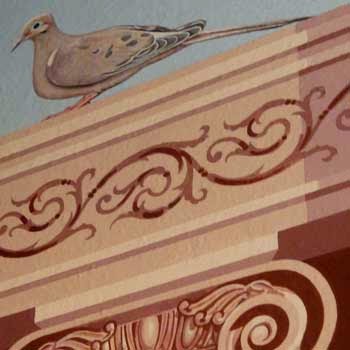 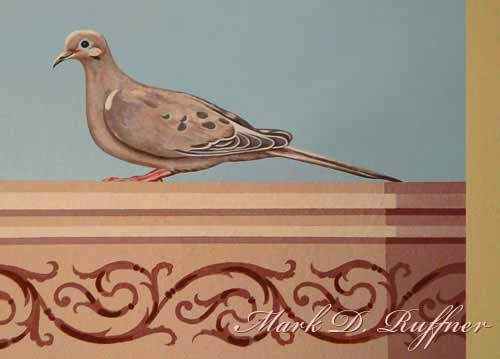 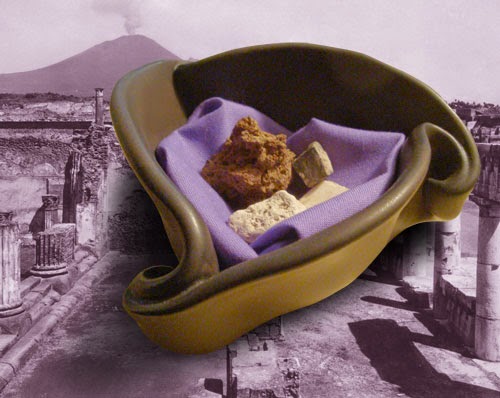