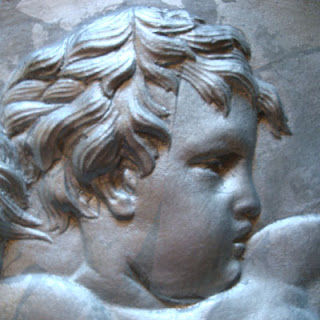 I recently bought a plaster plaque that appealed to me for its Neoclassic look (and very reasonable price tag). 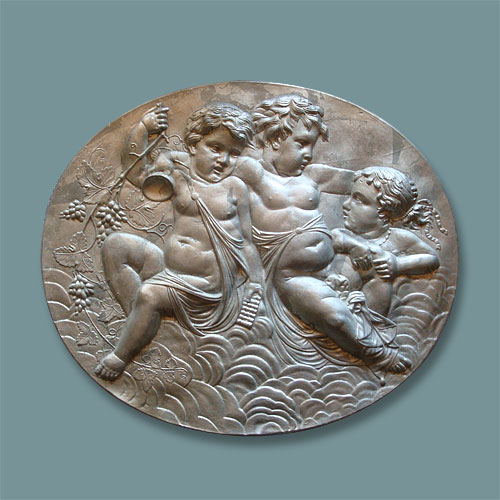 The oval is approximately 26 inches across and 22 inches high, a fairly large piece. Though cupids can verge on kitch, this has an authentically classic feel, with nice details, like those grape tendrils.

The plaster has been silver-leafed, and though it looks pretty good against that dusty blue, in person it looks more as though it might have been sprayed with radiator paint! I think the shine cheapens the appearance, and that it would actually look better with a dull black finish, transforming it into a faux Wedgewood basalt.

So my question to you is, do you think the silver leaf needs to be removed first, and how would that be done without damaging the plaster? I appreciate my readers' expertise and any other ideas they — you — might have for refinishing this recent find!
.
Posted by Mark D. Ruffner at 6:30 AM 39 comments

A Treat for You! 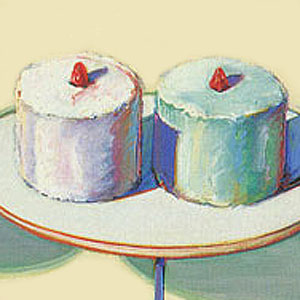 Today I am featuring the delectable work
of artist Wayne Thiebaud (b. 1920).


Wayne Thiebaud's long career is reflected in a wide range of subject matter, but he will probably always be associated with the canvases of pastries that made him famous in the 1960s.

As a teenager, Thiebaud spent a summer working at the Walt Disney Studio, drawing the "in-betweens" that provide the illusion of motion from one animated gesture to another. His earliest jobs were as a cartoonist and commercial artist. After his WWII Army service, Thiebaud earned a BFA and MFA from what is now California State University, and he became a college art professor shortly thereafter.

In the late 1950s, Thiebaud started painting what I will refer to as retail still lifes. Though this work predates Pop Art, by happy coincidence Thiebaud was associated with Pop Artists like Andy Warhol and Roy Lichtenstein, and had his work exhibited with theirs in the first major Pop Art shows of 1962.

Thiebaud's style is geometric and includes ...

...  as you can see in this detail, richly textured applications of paint that seem so complementary to his subject matter.

His shadows are rich in color, and while his subjects fall within realism, the coloration is decidedly impressionistic. While Wayne Thiebaud benefited from being associated with Pop Art, it would be wrong to attempt to box him into any style — his work is unique.

In the 1970s and 1980s, Thiebaud painted distinctly geometric street scenes, and in the 1990s, he turned to aerial landscapes that are a gorgeous world of realism and abstraction:

Daniel Chester French, and His Lincoln


Several years ago, I visited Chesterwood, the Massachusetts summer home and studio of Daniel Chester French (1850-1931). French is remembered primarily for two great statues he created, the seated Abraham Lincoln that resides within the Lincoln Memorial, and the Concord Minuteman, shown below.

French's house is a handsome structure, approximately two miles west of Stockbridge, and overlooking the Berkshire Hills. Coincidentally, it was designed in 1898 by Henry Bacon, the architect of the Lincoln Memorial.


By far, the real attraction at Chesterwood is French's studio, where the famous Lincoln statue was carved. Above, you can see at least three models for it (there's a small model at the foot of the largest one).

The room is essentially an enormous cube, with one side comprised almost entirely doors and skylights.


Now I'd like to turn your attention to the floor directly in front of those huge doors. Because French sculpted so many statues that were placed outside, he needed to see how they would look in natural light. He therefore designed that part of the floor to be a large, wheeled cart that could be rolled out into the sunlight on railroad tracks.


This is a photo by Douglas Yeo that shows the same view from the other side. You can read Douglas Yeo's own impression of Chesterwood and see more at Mr. Yeo's site, here.

An interesting problem arose as the Lincoln Memorial was finalized. It had been designed to have skylights, which would have cast shadows downward, as they appeared in French's studio. But the skylights were scrapped, thus allowing light to enter the memorial only horizontally. On top of that, light was also reflected upward from the floor, and so poor Abraham Lincoln looked strangely startled!


You can imagine that both the sculptor and architect were as surprised as Lincoln appeared to be, and hugely disappointed. Much time and effort was spent correcting the shadows through artificial lighting, so that today President Lincoln appears as that iconic face we all know. 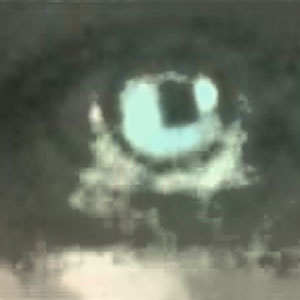 Regular readers of this blog know that I collect the early photographs known as daguerreotypes. You can read all about my daguerreotypes in my sidebar or here. 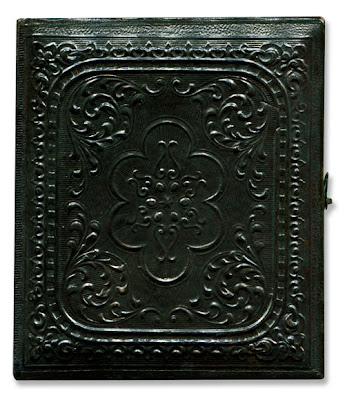 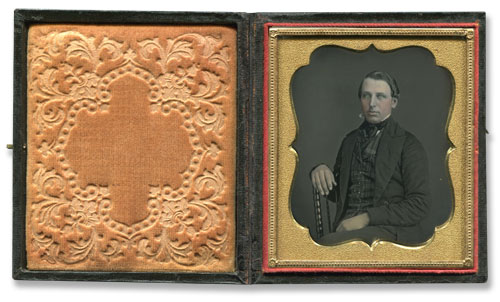 Recently, I bought a daguerreotype that was pleasing on most counts — the felt was faded, but the very simple brass frame indicated that this was an early daguerreotype, probably from the 1840s. And the sitter was an agreeable looking gentleman with a marvelous plaid vest. 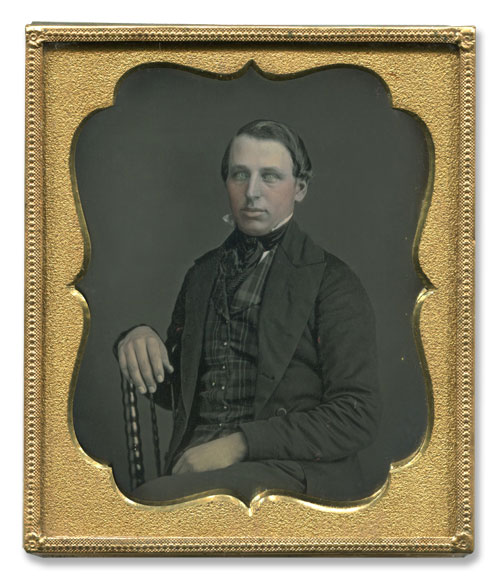 The image is in great shape, the pose is refined, and the face and hands have been tinted. Here's a close-up of the face . . . 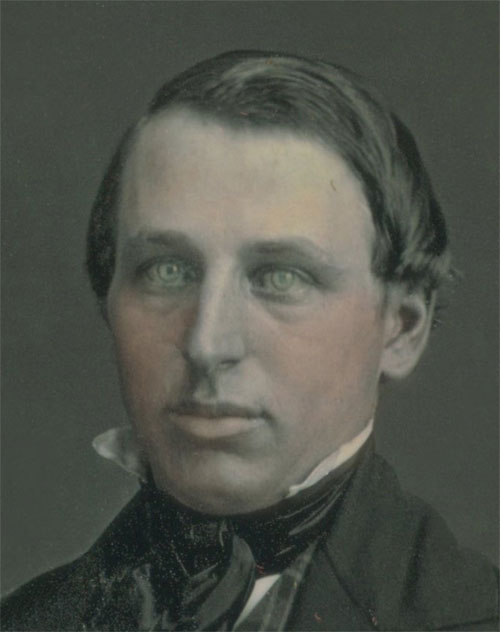 The eyes were obviously tinted blue, but the color has either faded, or was always too subtle, and so the eyes appear much lighter than normal. That gives the face a rather eerie look, I think.

The eyes get more interesting as they're enlarged because the irises are square, rather than round. My thinking is that the retoucher didn't make a circular motion with his brush, but instead made two vertical strokes and one horizontal stroke, thereby boxing the irises. Can my imaginative readers think of another scenario for this other-worldly face?
. 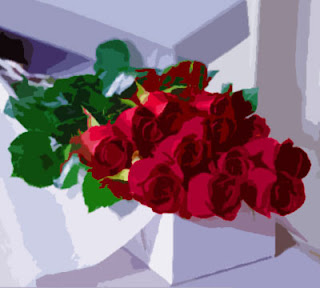 I wish to extend a special thanks to Yvette of In So Many Words..., who gifted me with the 2012 Blogger of the Year Award, which in turn originated from The Thought Palette. While I am not able to comply with all of the requirements of the award (because I enjoy all of my blogging friends too much to single out any favorites), I'll  reveal seven personal things about myself, as requested:

Thanks again, Yvette, for your lovely gesture.
.
Posted by Mark D. Ruffner at 6:30 AM 14 comments 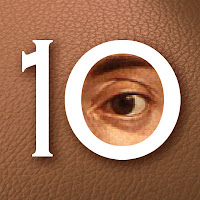 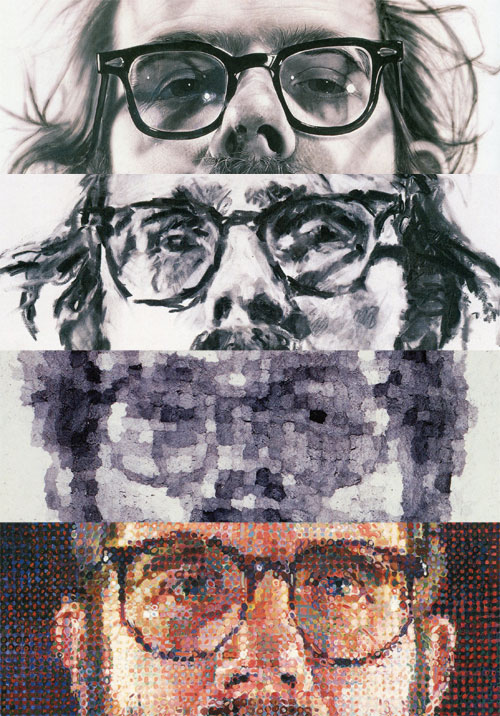 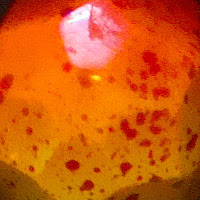 Last year, good friends gifted me with a box of William Dean Chocolate, made exclusively in Belleair Bluffs, Florida. The first thing that got my attention was the cloth-covered box that closed magnetically. Then I opened the box. 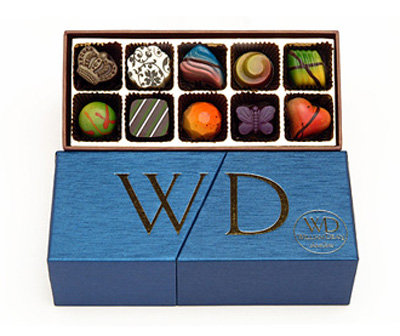 This past Christmas, my brother gifted his wife with a box of William Dean Chocolate, and I couldn't resist photographing the selection to share with you. 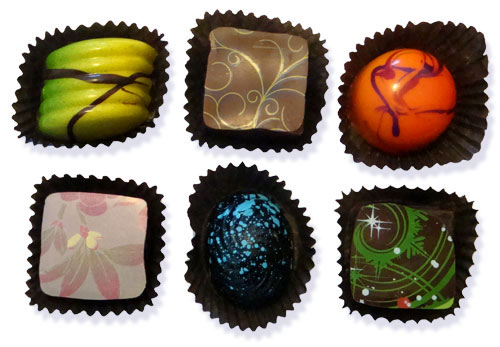 Left to right from the top: Lemongrass, Hazelnut, Passion Fruit, Pistachio, Coffee Caramel and one flavor I can't identify. Perhaps it's a Christmas creation. 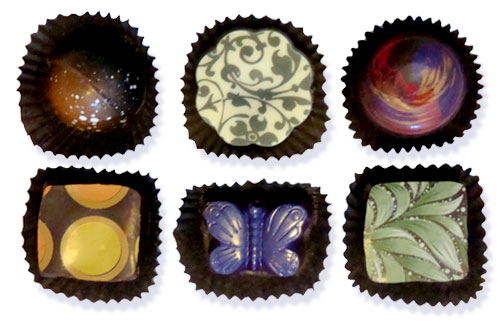 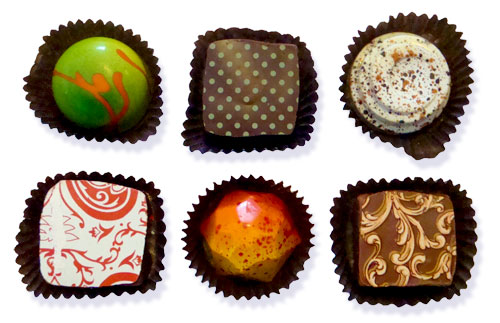 Incidentally, though William Dean Chocolate is a local company, there's been a recent uptick in its sales because it was featured prominently in The Hunger Games. The selection is so beautiful that one is tempted to just look at it for several days. I should stress that I am not being remunerated for this posting, though if I were, I'd certainly opt to be paid in chocolate!