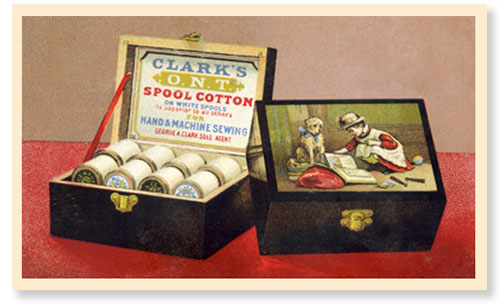 As my readers know by now, I have a great love for 19th century advertising items. And as I mentioned in my blog about Huyler's, it's especially satisfying to be able to match items that were once a set. That's one of the prime motivations in all collecting, isn't it? Above is a trade card for Clark's O.N.T. Spool Cotton. It advertised a bonus for buying Clark's thread, a charming little box that might have been used for any number of things. 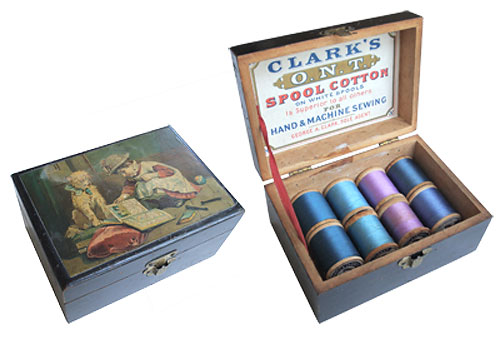 And here's a later find, the actual box, and in nearly mint condition. Even the delicate ribbon has survived.

You might be wondering, what does O.N.T. stands for?

In 1806, Napoleon blockaded Great Britain, which meant that silk thread was not available to British weavers. The Clark family had a loom supply company and they were also big suppliers of silk thread.

At the time of the blockade, Peter Clark developed a method of combining cotton threads so that they were strong and smooth enough to be used in place of silk, and he advertised this important advancement as "Our New Thread." 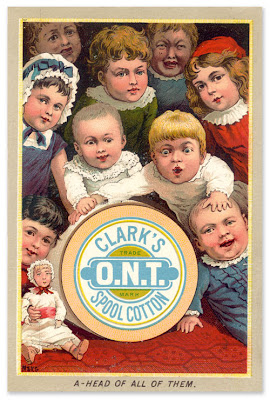 Throughout the 1800s, Clark's was one of the biggest distributors of trade cards, always with their trademark initials, O. N. T.
.
Posted by Mark D. Ruffner at 6:20 AM