Pompeii No.5: Painting the Columns 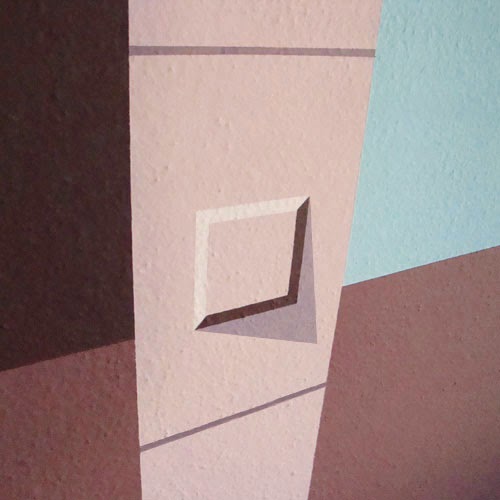 This week I'm painting the columns of the Pompeii Room. My versions are squared and would have four or maybe three sides in reality, so they would more properly be called pilasters.

The Pompeians often decorated with an unusual form of column that had, for lack of a better way to describe them, square plugs. I've been looking for the origin and meaning of such columns, and have yet to discover any information that would help to illuminate. Perhaps one of my clever readers can fill in the blanks. At any rate, I've looked at this element and decided that adding it to my own room would lend a distinctly Pompeian air.

On the left is a fragment from the villa of Publius Fannius Synistor (it can be viewed at the Metropolitan Museum of Art), and on the right is a fragment of the South Porch of the Getty Museum in Los Angeles. It's the work of the brilliant muralist, Garth Benton. 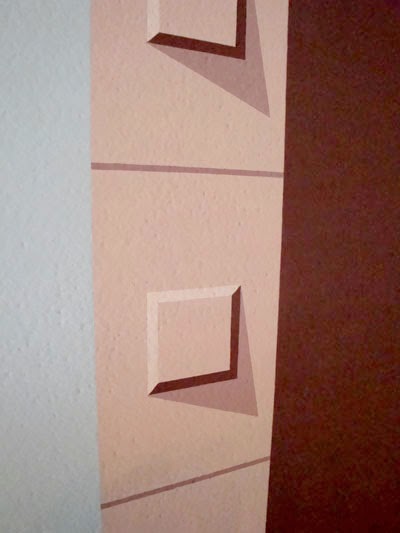 Some of the folks who have seen the room at this early stage are interpreting the auburn color as a brown, but it is in fact a deep purple. The shadows that are falling from the "plugs" — just as they do in Mr. Synistor's house — are that very same auburn with white paint added. They become a lovely mauve. 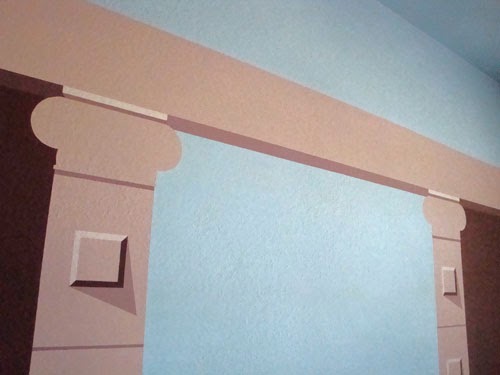 My choice is to not show the sides of the pilasters, and all the extra plug shapes, because so much more is going to happen within those auburn panels. (Sometimes in art the suggestion of something is sufficient, and besides, I can take a little artistic license here.) 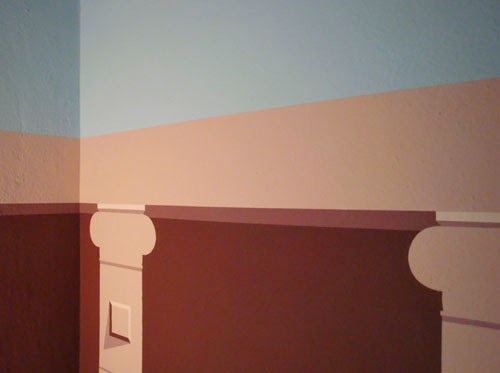 I have, however, added dimension to the frieze. It would look strangely flat without that lip, and who knows, I might want to hang some Pompeian goodies from it a little later.

Since my last posting, I've installed track lighting on the ceiling. The lights are not necessarily a final solution, but for the time being they'll help me focus wherever I'm painting at the moment.

Here's the Pompeii Room as it looks today. In my next posting, I'll add capitals to the columns, a look that would make P. Fannius Synistor feel right at home.
.
Posted by Mark D. Ruffner at 7:30 AM