The Ingenious Sculptures of Paul Eppling 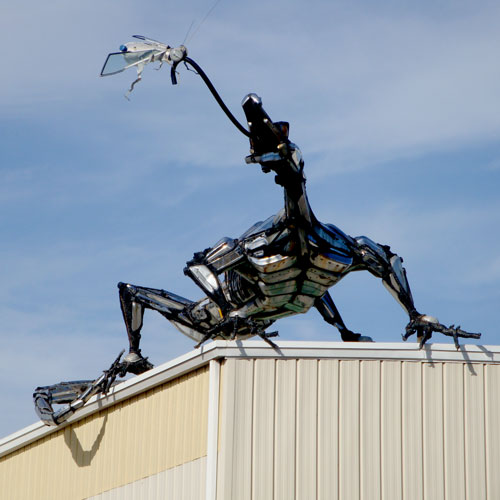 Paul Eppling is a St. Petersburg sculptor, well known in Florida for his metallic animals, usually made from auto parts. I've started this posting with one of his most dramatic pieces, the giant "Security Lizard" that sits atop St. Petersburg's police car garage. 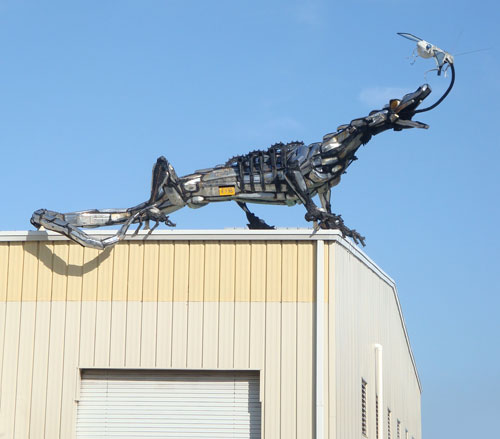 To give you a sense of scale, that yellow rectangle is an auto license plate. One clever aspect of this sculpture is that the fly at the end of the lizard's tongue is actually a security light that illuminates the outside of the garage at night.

Paul Eppling was working in a metal shop in the 1970s when he first had the idea to fabricate an animal from metal parts and scraps. Since then he's welded hundreds of animals, big and small. 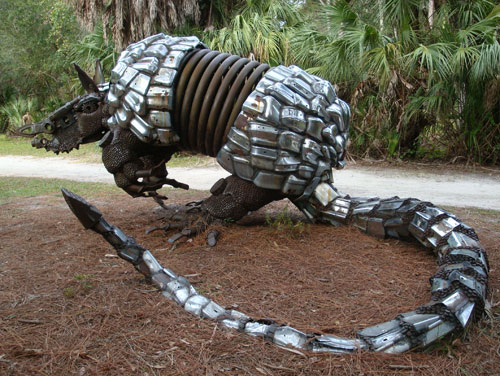 My friend Marg Radens was kind enough to host me on a tour of St. Petersburg's Boyd Hill Nature Preserve, where there are a number of Eppling creatures. Car bumpers are the perfect armor for this giant armadillo. 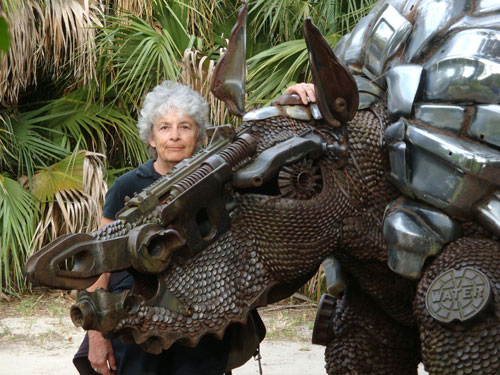 Here's a view of Marg to show you the scale. The armadillo's skin is comprised of thousands of sheet metal cut-outs. The armadillo's face looks rather fierce, but the live armadillo will curl into a ball when approached — I've watched it happen. 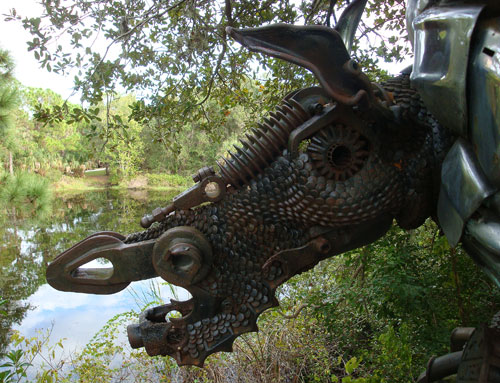 Elsewhere in the preserve is a smaller armadillo, accompanied by a sign not to climb him (I guess it's pretty tempting). Notice those wonderful ears! Some of Eppling's favorite scraps are from older farm implements because their parts have such graceful curves. 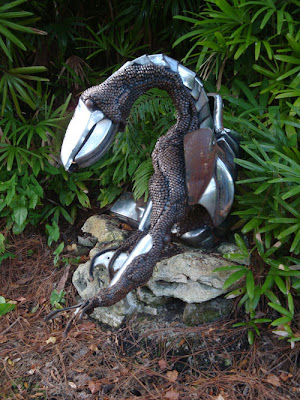 What do you suppose this fellow is? Perhaps a sloth, perhaps pure fiction. Again, the skin is made of many overlapping sheet metal cut-outs. 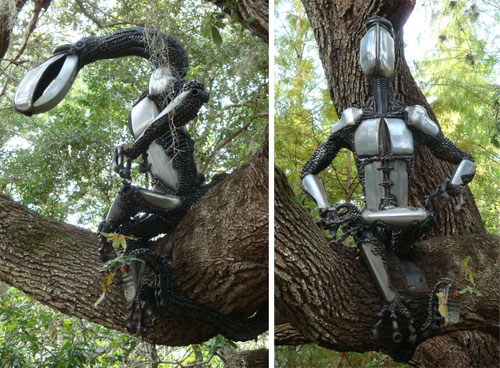 Two views of a tree creature, side and front


A cormorant sits atop a shiny heron. 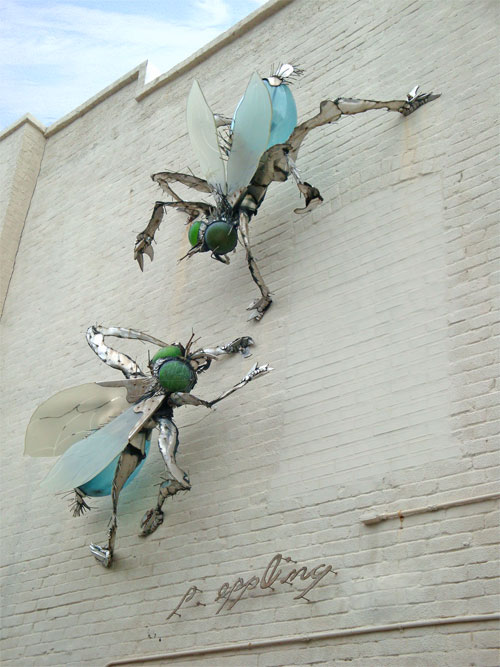 I'll end the Eppling tour by taking you to the beach community of Pass-a-Grille, where these two giant flies hang out on the side of an old building. Paul Eppling has incorporated blown glass into his more recent work, and this is a fine example. 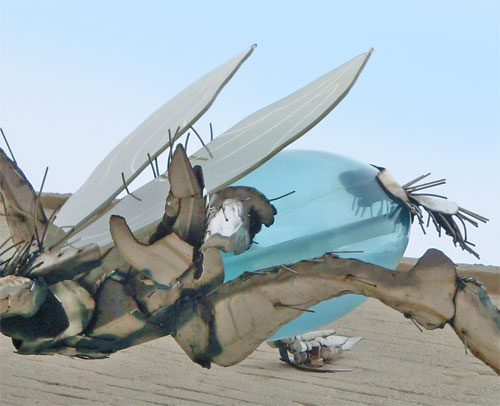 Here I've rotated the photo to give you a view of the fly's body. The store owner named the alley in Paul Eppling's honor: