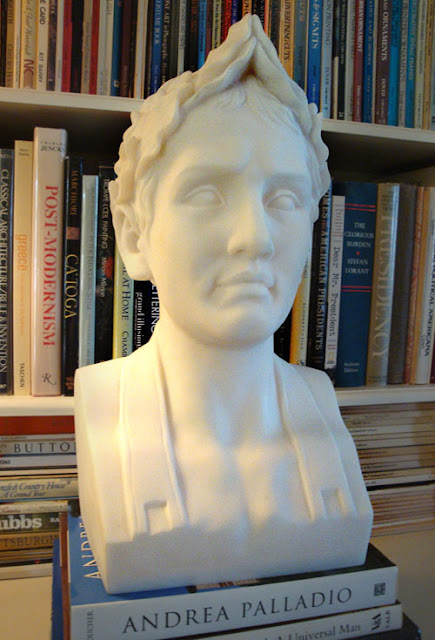 I recently bought this bust, which stands about 18" high. I was pretty sure that he was Caesar Augustus, emperor of Rome, 27 BC - 14 AD. 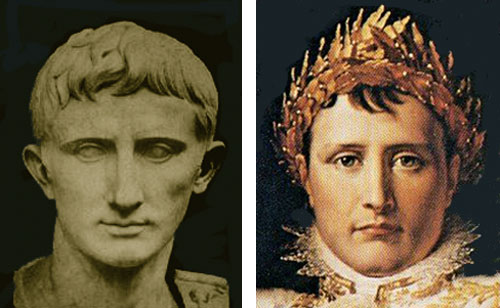 But after I got him home, I started to wonder whether he might be an idealized likeness of Napoleon Bonaparte, emperor of France, 1804 - 1815 (of course images of Caesar Augustus were idealized, too). 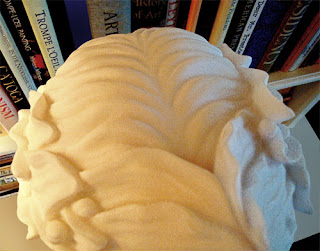 One clue is that the fellow parted his hair right down the middle, and I don't recall Napoleon having done that. 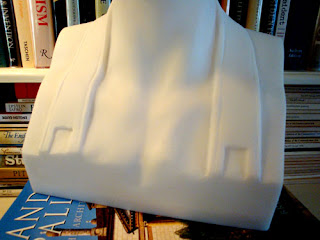 A second clue is this interesting garment, which as a religious vestment would be a stole. I wonder what it would signify in ancient Rome? Who do you think this is, and can you tell me anything about his apparel?

Since my original posting, Jim of Road to Parnassus has quickly identified my bust as a copy of a likeness of Napoleon, by Antoine-Denis Chaudet (1763-1810). Chaudet was noted for his Neoclassic sculptures, and made numerous portraits of Napoleon. Mine appears to be an even more idealized version of the right hand version. Thanks Jim, for your astute observation!
.
Posted by Mark D. Ruffner at 12:00 AM