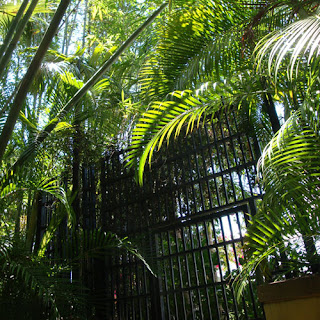 One of St. Petersburg, Florida's favorite landmarks started out as a private garden. In 1903, a plumber and avid gardener named George Turner, Sr. bought a property with a shallow lake. He discovered that the lake had formed over an ancient sinkhole. Turner drained the lake, which then allowed him to create winding paths and garden areas that reach as low as 15 feet below street level. 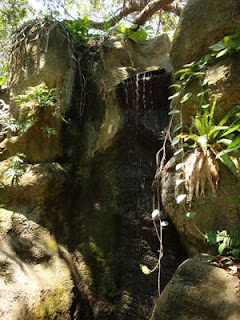 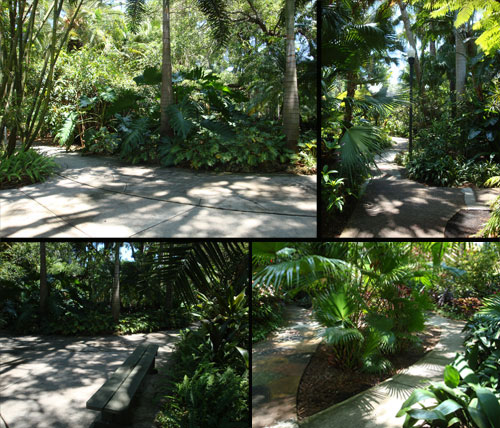 There are surprises at every turn. 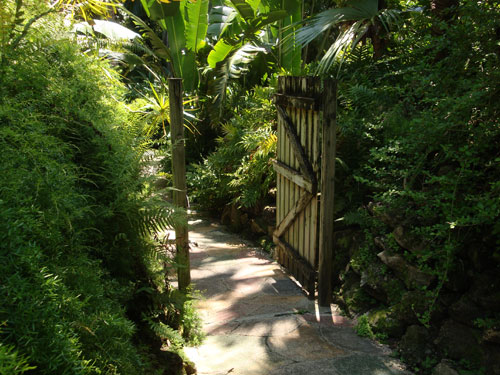 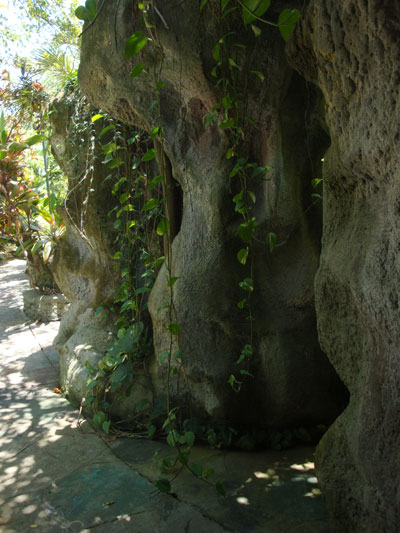 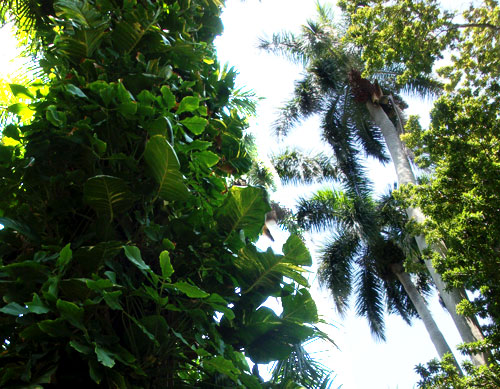 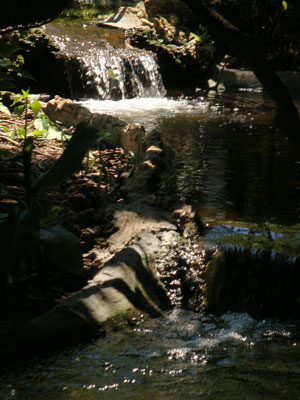 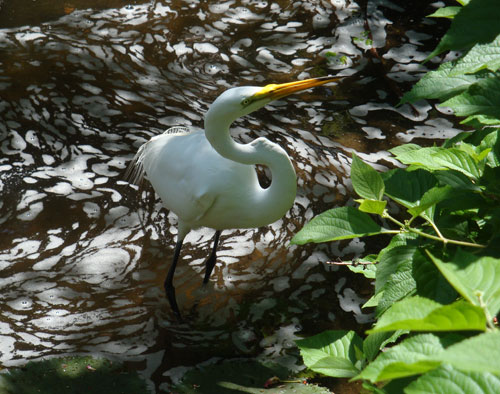 And there are beautiful flowers. 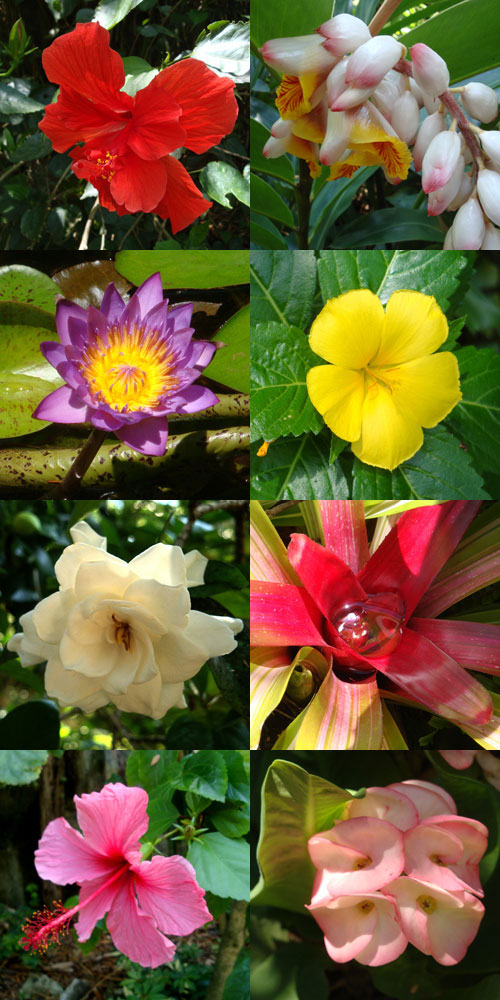 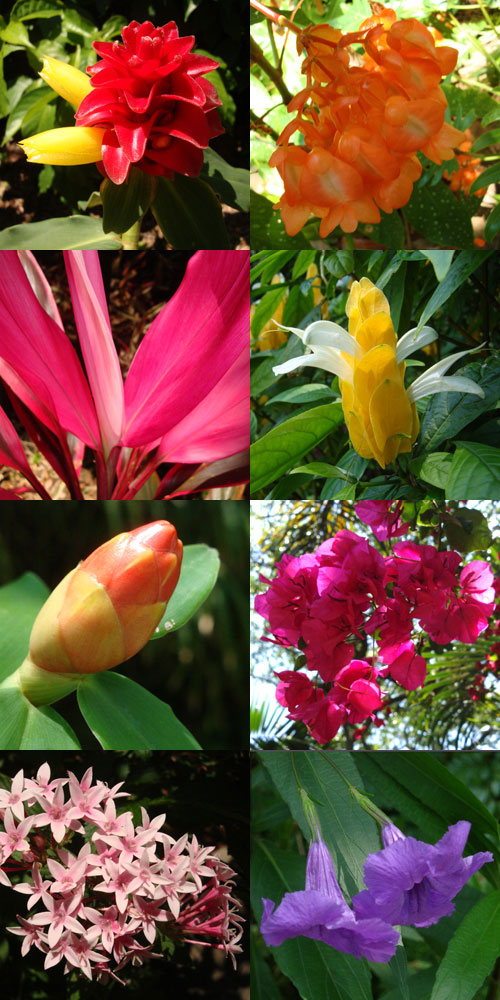 By 1924, word had spread of Turner's exotic creation, and visitors could stroll through the garden for a 25¢ admission. They could enjoy the carp . . . 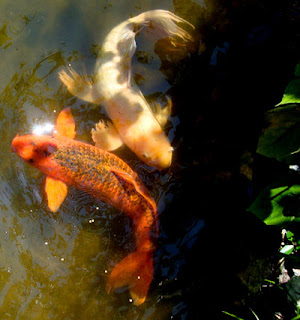 . . . and later, exotic animals like Chilean Flamingos and Laughing Kookaburras from Australia. 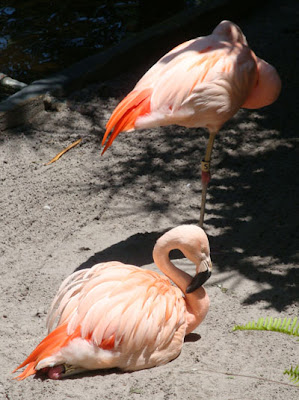 Today Sunken Gardens has an amphitheater, a small shaded stage, and lots of areas to just sit and enjoy the surroundings. 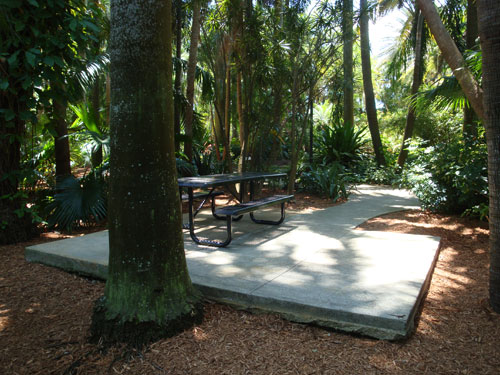 The beautiful area below has become a popular spot for weddings. 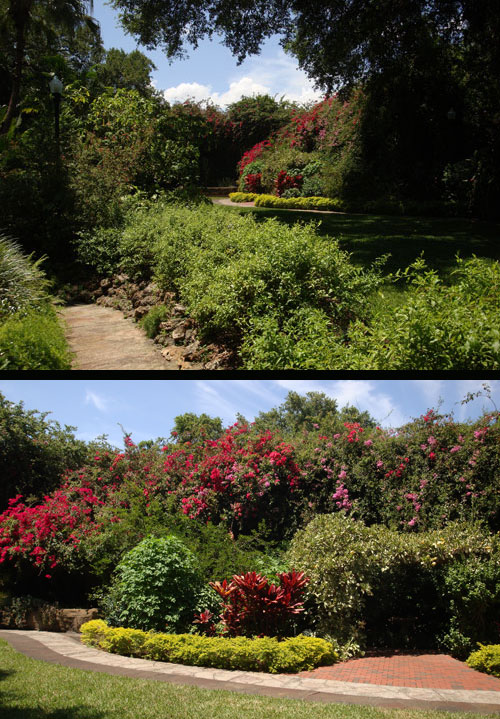 In 1999, the Turner family sold Sunken Gardens to the City of St. Petersburg, which maintains it today. Many of Mr. Turner's original plants still exist. 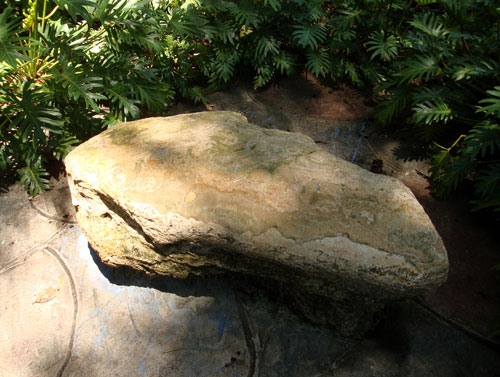 I thought I'd end with a photo of this bench. It's fossilized limestone that was revealed when the lake was drained. Traditionally, every new Sunken Garden employee starts his first day at this spot.
.
Posted by Mark D. Ruffner at 6:30 AM