Yesterday, my friend Sandy and I celebrated the New Year at St. Petersburg's waterfront, where exactly 100 years earlier the commercial airline industry was born.

Tony Jannus was already a pilot of note, having flown the plane from which the first parachute jump was made, by Albert Berry. 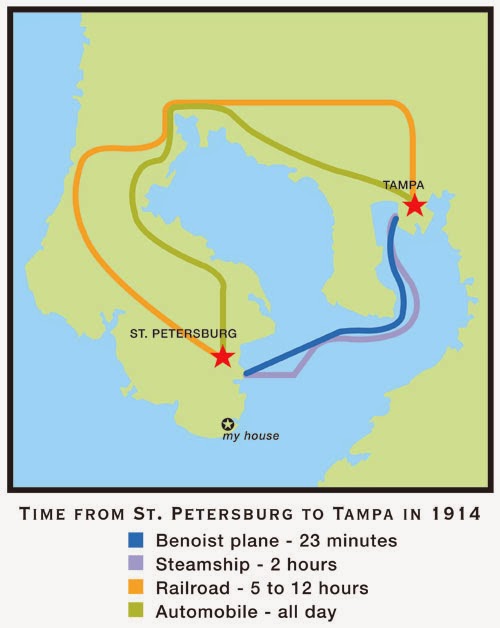 I've made this map to show you why Tony Jannus' flight was of so much interest to the citizens of St. Petersburg and Tampa. A trip that today takes me 20 minutes or less by car, would in those days be like driving hundreds of miles!

So yesterday was a festive occasion, with a credible stand-in for Tony Jannus (historical actor Michael Norton) and a lot of people in period costume. 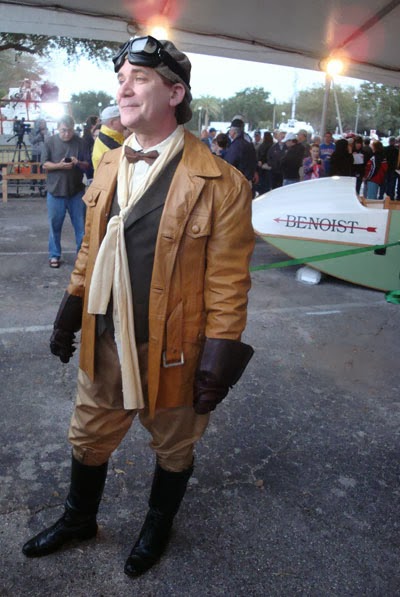 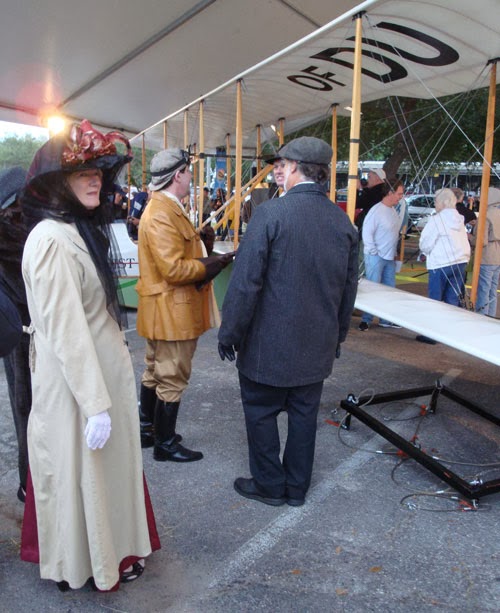 The real star of the day was a replica of the Benoist, reconstructed at great cost for the occasion by Kermit Weeks, a pilot and owner of the Polk County, Florida aviation attraction, Flight of Fantasy. 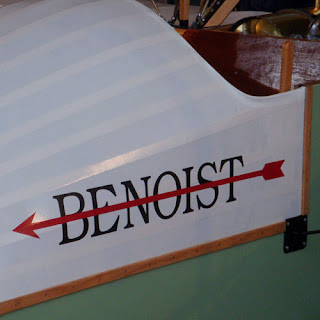 Kermit Weeks had intended to reenact the flight on the 100th anniversary of Tony Jannus' crossing, but much to his disappointment, some technical difficulties prevented that.

Still, his meticulous and authentic reconstruction made for an interesting and impressive display.

Later in the morning, this plane retraced the Benoist route; it's been used before in Tony Jannus reenactments.

In keeping with the day's theme, Sandy and I left the rainy celebration and had breakfast at The Hangar, a fun dining spot at St. Petersburg's local Albert Whitted Airport.

Here's a painting of Tony Jannus at the Tampa International Airport. It depicts the end of Jannus' career, when he went to Russia to train Russian pilots during World War I. He was flying a Curtis H-7 plane with a two-man Russian crew when he crashed into the Black Sea on October, 12, 1916. His body was never recovered.

Today the Tony Jannus Award is given once a year "for outstanding individual achievement in the scheduled commercial aviation industry."
.
Posted by Mark D. Ruffner at 7:30 AM