A German Relic With An Interesting History 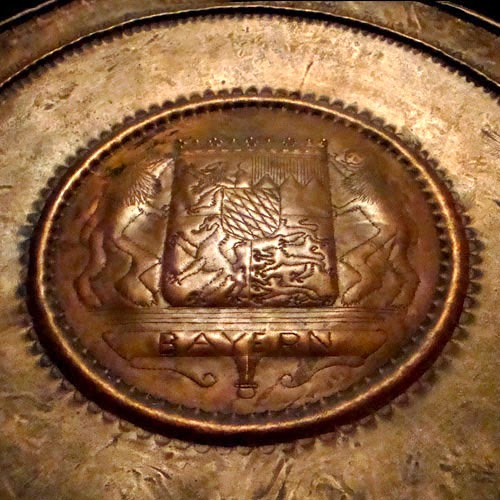 I was born in a U. S. Army hospital in Münich, Germany
shortly after World War II. 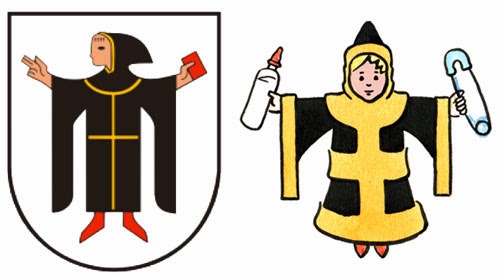 On the left is the official crest of Münich, and on the right is the illustration that accompanied my birth announcement. In those dark days, Münich was devastated. It had been bombed heavily, and one of the casualties was Münich's cathedral, the Frauenkirche, seen below.


Most of the roof — which was copper — had collapsed.

That roof had survived a lot of history. This is an engraving of Münich and the Frauenkirche dating to before 1525, when the distinctive turnip domes were finally added to the two towers. The copper roof was in place at the time of the engraving, which comes from the Nuremberg Chronicle.

Almost immediately after the war, the Germans began the restoration of the Frauenkirche, and funds were raised in an innovative way. The remaining copper was stripped from the roof and hammered into 13-inch platters, emblazoned with a medieval-looking crest of Bavaria. 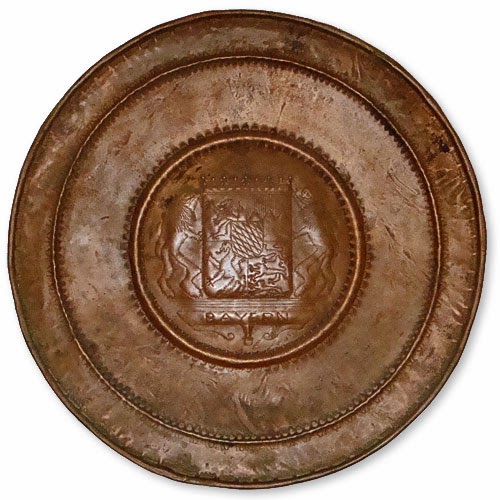 My parents bought one of the platters, and I own it today. By my calculation, it is — in terms of the copper material — approximately 520 years old.

Here's how the Frauenkirche looks today. Restoration was done in several stages, the last one ending in 1994, exactly 500 years after the church was consecrated.
.
Posted by Mark D. Ruffner at 7:30 AM