Pompeii No.8: The Cobalt Door Surrounds 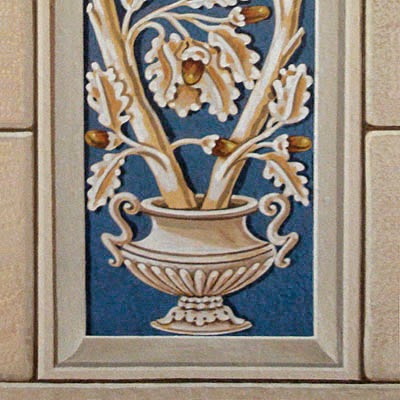 This week I'm painting two inset panels on either side of my hallway portal. I've looked at the space for years, thinking that it was a prime spot to make an interesting statement. I thought alternately of painted figures or three-dimensional totems. Ultimately, I chose the two panels that are featured in the painting below.

This is a c. 1480 portrait by Melozza de Forlì of Francesco della Rovere, also known as Pope Sixtus IV. Sixtus is shown with his librarian and four nephews. It's appropriate that Sixtus IV is immortalized with the nephews because he was known for nepotism and, in fact, he made six of his nephews cardinals! Indeed, it is no coincidence that the word "nepotism" is derived from the Italian word for nephew, nipote. While the subject of this lovely painting established the Sistine Chapel, he was corrupt, and history remembers him unkindly.

Though he was a fine artist, little is known of de Forlì, in large part because he was overshadowed by the next generation of Italian artists, which included Michelangelo. We do know that de Forlì worked for Sixtus IV, and that he was responsible for the frescoes in the Vatican library.

The first and third pilasters are by
Filippino Lippi and Pinturicchio respectively,
Italian Frescoes  |  Abbeville Press

In my research, I've discovered a number of Renaissance frescoes that utilize cobalt blue pilaster decorations.

While the Egyptians were known to have developed a synthetic cobalt blue, the formula was lost to later cultures, who ground lapis lazuli to create the rich color. And so it is no wonder that Renaissance artists would concentrate the expensive color in a prominent yet narrow part of a fresco. 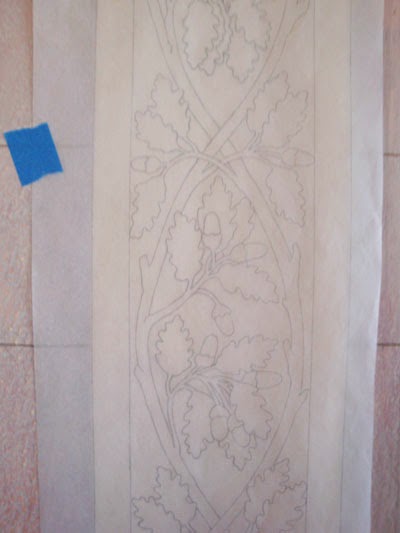 My approach to decorative art such as this mural — or the Egyptian door I shared earlier — is usually through draftsmanship. I like to carefully work out everything in advance, sometimes making multiple tracings. I then transfer a design by burnishing it from the tracing. 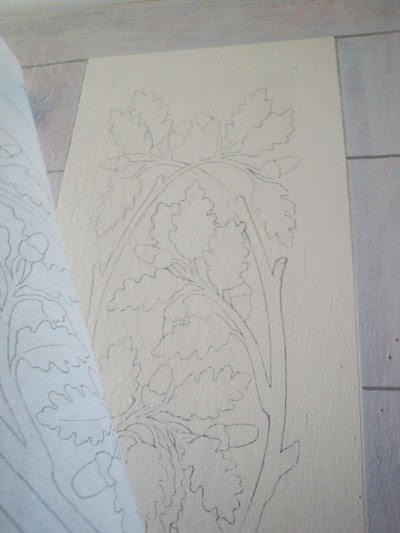 That way, as you can see, I have a record of my designs, should I need to refer back to them or reuse them. 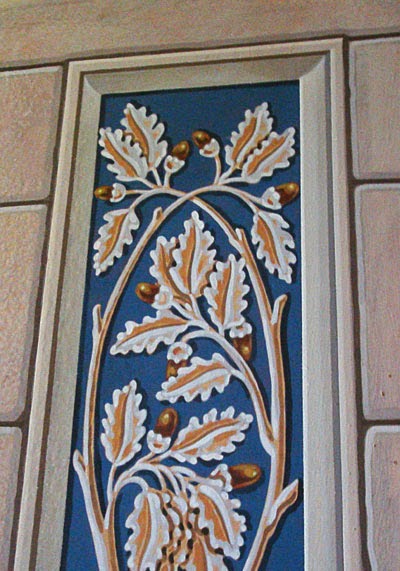 Now I'm going to put away the masonry tools for a while and get back to that beam that unites all my columns. Next week we'll be adding a little dimension there to transform it into an entablature.
.
Posted by Mark D. Ruffner at 7:30 AM