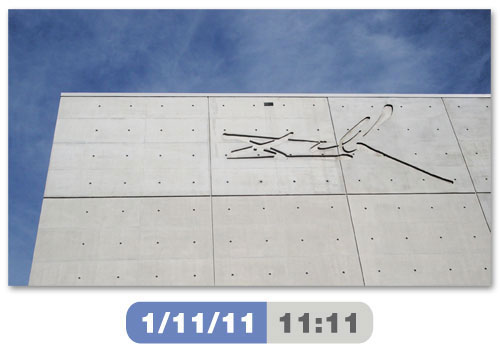 This past Tuesday, at 11:11 a.m. (numerology that would have pleased Salvador Dali), I joined about a thousand other guests and spectators to celebrate the opening of St. Petersburg's new Dali Museum.

Lots of people got in the spirit of the day and came in Dali costumes, like Janice Embrey Brown (l.) and B. J. Ebersold (r.), both Dali Museum docents. 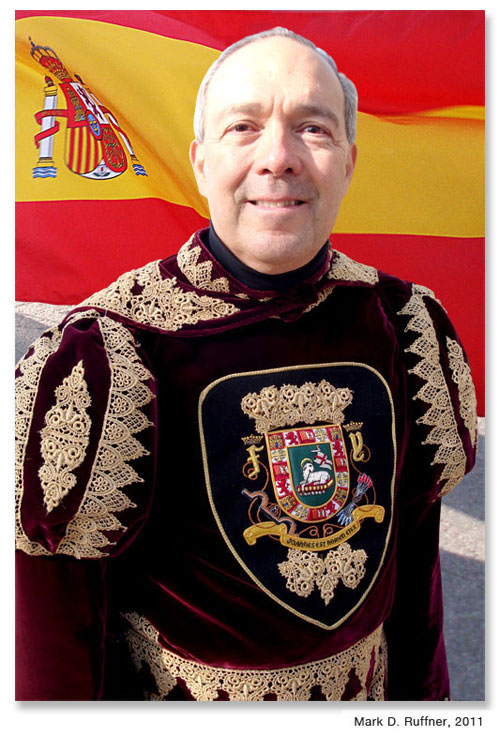 There was also a large and colorful contingent from the Krewe of the Knights of Sant' Yago. 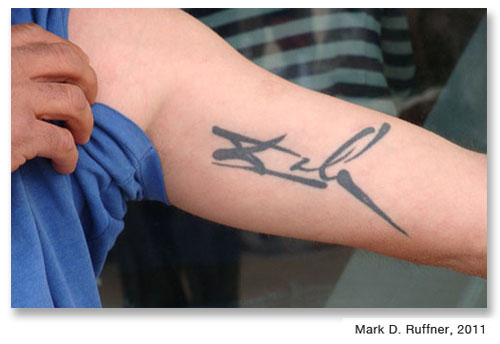 I don't think anyone would argue that the most ardent Dali supporter that morning was a young man named Daniel. 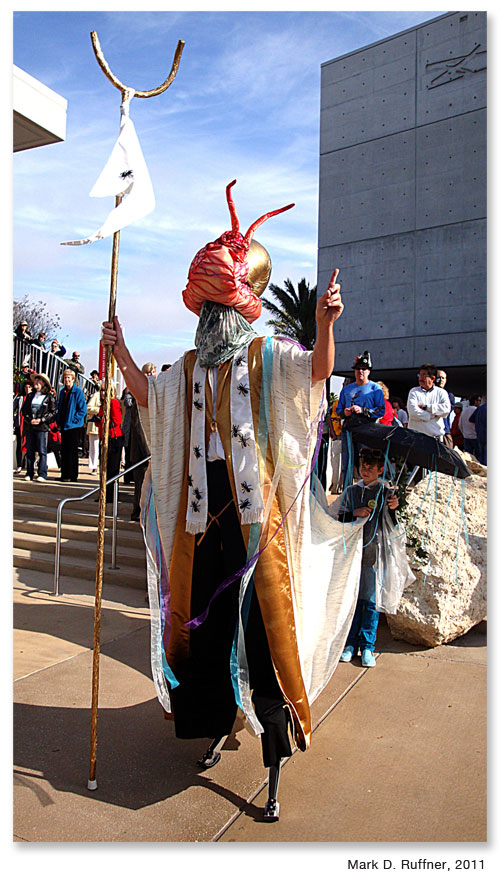 The ceremonies began with a parade from the old museum to the new building, led by the Snailhead Stilt Walker. 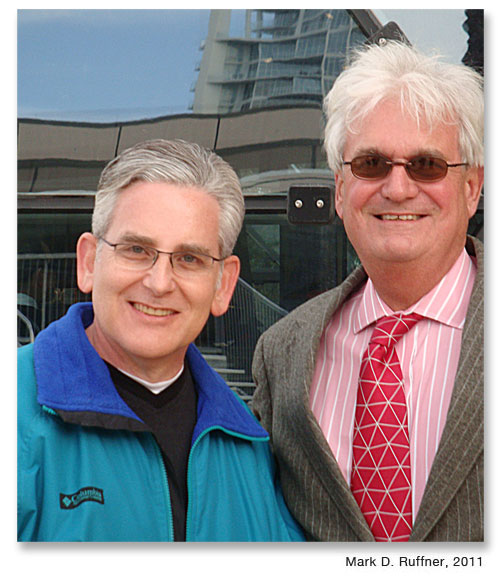 Here I am with the architect, Yann Weymouth. Note that he's wearing a tie that repeats the geodesic glass structure. 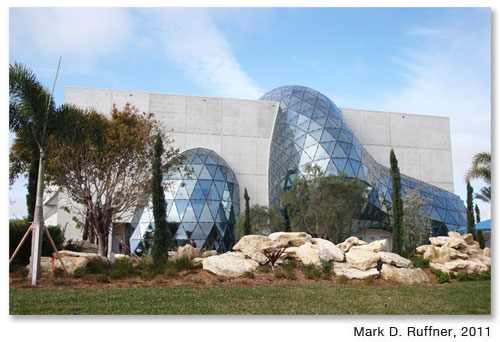 Mr. Weymouth designed the $36 million building to withstand a Category 5 hurricane. Galleries are located in 16,000 square feet of space on the third floor, so there will never be a worry about flooding. In my posting on Sunday, I'll be sharing views from inside the museum and through those windows. But for now, I thought I'd show a couple of neat outdoor details. 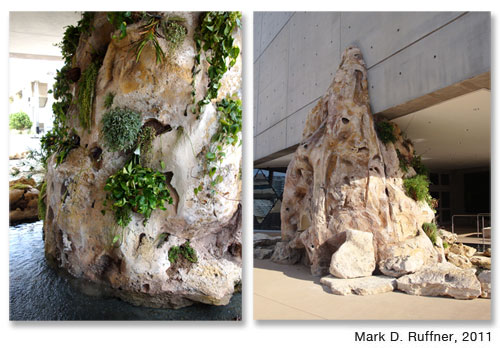 The entrance to the museum is described as a grotto, and it appears to support one corner of the structure. Incorporated into the grotto is a Fountain of Youth. I drank from it, but haven't noticed any changes kick in yet. 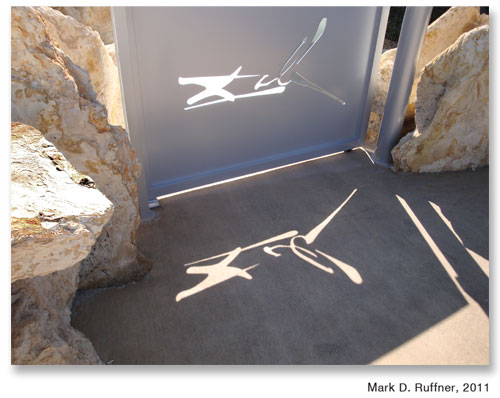 Here's a sliding metal gate that casts Dali's signature in light. Wouldn't he have loved that! 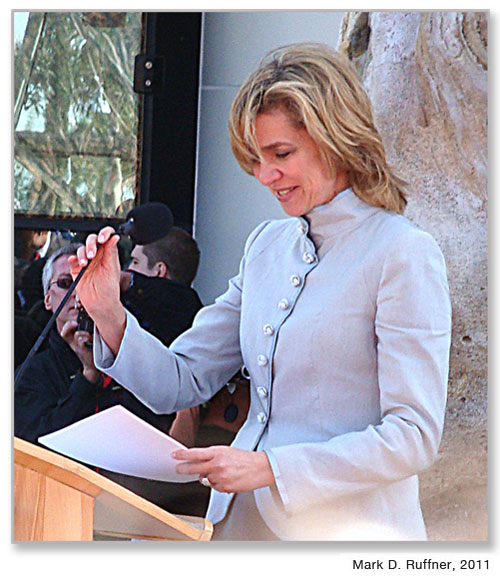 The new Dali Museum was dedicated by the Infanta Cristina, daughter of Spanish King Juan Carlos I. Numerous dignitaries spoke, but the most interesting comments were by Brad Morse, son of benefactors A. Reynolds and Eleanor Morse, and by Jorge Dezcallar, the Spanish Ambassador to the United States.

Brad Morse described his parents' passion for the works of Salvador Dali, and how Dali art overflowed even onto the walls of his childhood bedroom. He also described how the elder Morses never turned down requests by complete strangers to come to their Cleveland home to look at their collection.

Ambassador Dezcallar described that as a young diplomat in the United States, he had wanted to meet Salvador Dali. He telephoned the artist, who suggested that the young Dezcallar treat him to lunch. The ambassador described Dali then coming to the restaurant with a party of eight! With not enough money to cover the bill, and credit cards not allowed, Dezcallar had to leave his watch behind.


Sunday - views from inside the new Dali.
Posted by Mark D. Ruffner at 6:20 AM