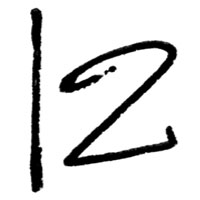 As I've mentioned before on this blog, I'm fascinated by graphology, the study of handwriting (which might more aptly be named "brainwriting"). While graphologists believe that handwriting reveals a lot about our personalities, they say that our signatures reveal how we want to be seen.

So I thought it would be fun to present a dozen rather elaborate signatures from history. While each of these is unusual in its own way, I think you'll agree that the whole grouping makes quite a dance!

I'll present them in alphabetical order .  .  . 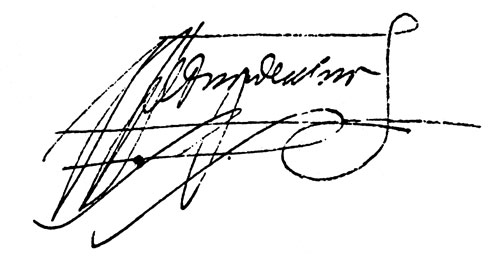 The Duke of Alba, Ferdinand Alvarez de Toledo (1508-1582). A Spanish soldier, he suppressed the Netherlands with great cruelty.

Sir Noel Coward (1899-1976). A British playwright, actor and composer, he was celebrated for his wittiness.

Gabriele D'Annunzio (1863-1938). The Prince of Montenevoso, he was an Italian writer, poet, journalist, playwright and soldier.

Erle Stanley Gardner (1889-1970). The creator of Perry Mason, this American detective-story writer would dictate up to 10,000 words a day.

Ferdinand Marcos (1917-1989). As President of the Philippines from 1965-1986, he initiated reforms but also embezzled billions of dollars. His wife is the noted collector of shoes.

Mayer Amschel Rothschild (1743-1812). This German Jew, who lived his entire life in very humble circumstances, was the founder of the banking house of Rothschild. His signature reminds me of the art of Saul Steinberg. 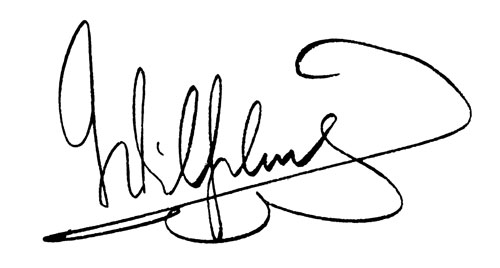 Wilhelm II (1859-1941). Emperor of Germany from 1888 to 1918, the Kaiser was defeated in World War I and lived in exile thereafter in Holland. His signature is very similar to his father's, Wilhelm I.

And because that was so much fun, I'll give you a baker's dozen! Graphologists and forgery experts alike will tell you that the hardest signatures to forge are actually the simplest, primarily because such signatures tend to vary very little. A prime example is the unusual signature of King Louis XVI of France, below. 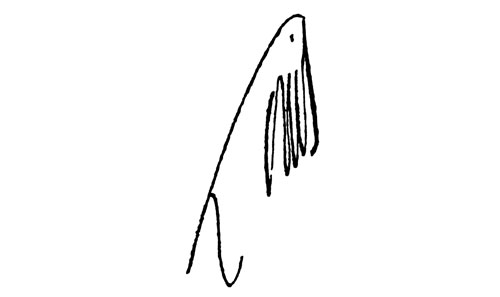 This unusual signature, which to my mind resembles the aftermath of an execution, was so consistent that the king's secretaries never attempted to copy it.


All signatures in this posting can be found in
The Stein and Day Book of World Autographs,
by Ray Rawlins
.