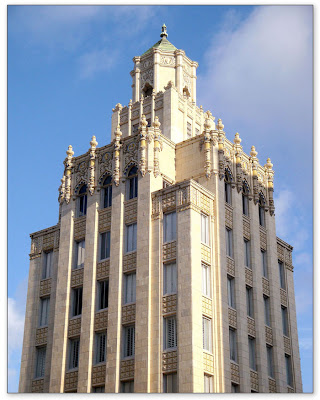 Architect Design™'s gorgeous September 1 posting on the OAS building, and his equally exciting September 6 posting on the Pan American building - both in Washington, D.C - inspired me to share the Snell Arcade with you. It was built 18 years after the other two (1928) but has some of the same decorative feel. And yet it is different; I would describe the Snell Arcade as Mediterranean Deco (my own label). 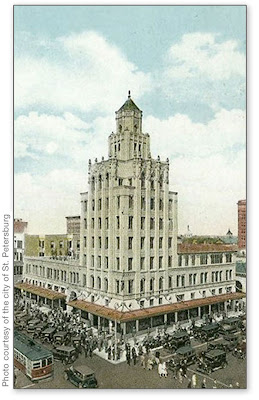 The Snell Arcade is at the main intersection of downtown St. Petersburg, Florida. Officially called the Rutland Building, it is familiar to one and all by the name of Snell. C. Perry Snell was a major developer of St. Petersburg, and it's clear that his own vision was to create on a grand European scale. He favored wide boulevards lined with statuary, and beautiful Mediterranean architecture. 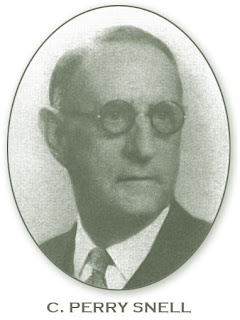 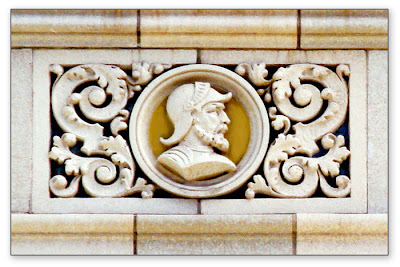 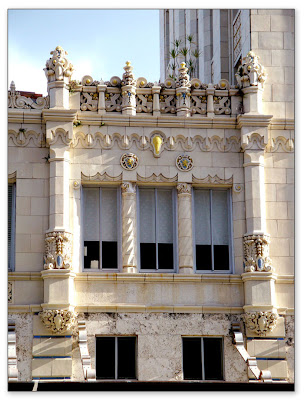 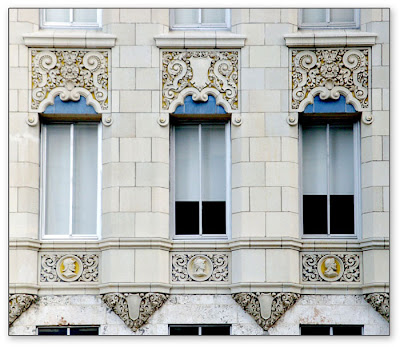 Maybe this should be called Venetian Deco. What do you think?  I've always had a secret desire to completely dismantle the Snell Arcade and reassemble it into my own two-story house. Scale might be a problem, but I'd make it work. 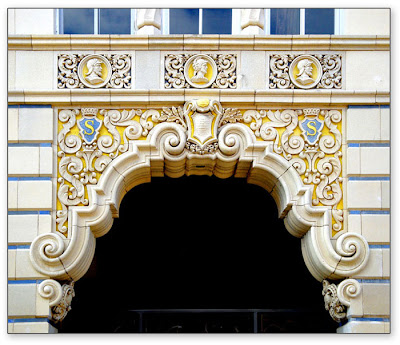 Look at the narrow strips of blue tile between the courses of stone block! Would anyone have the panache to do that today? 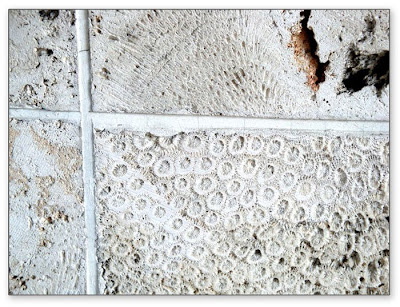 The base of the Snell Arcade is made from coral, a practice that has been banned more recently, of course. In my next posting, I'll show you a little treasure inside the Snell Arcade.
Posted by Mark D. Ruffner at 7:00 AM