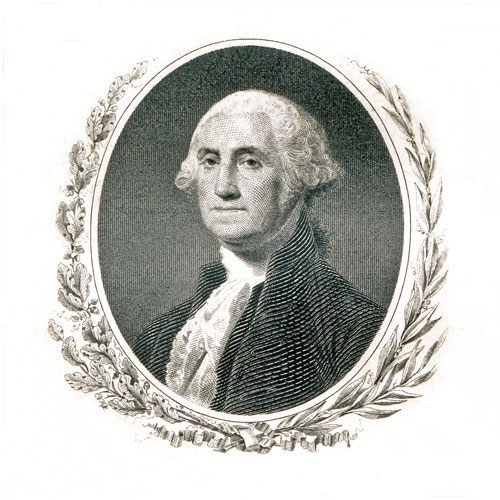 One hundred years ago today (August 5, 1911), the United States Senate published the Last Will and Testament of George Washington. I own that document in the form of a thin book of 66 pages. Forty-three pages constitute the actual will, and it's quite interesting reading.

As you may know, though George Washington was orphaned at an early age, he came from a wealthy planter family, was a physically impressive figure, an extremely shrewd businessman, and he married well. By the time he died, he was not only wealthy, but if his estate were to be valued in today's market, he would undoubtedly be the wealthiest of all our presidents.

Washington began his career as a surveyor and he liked to own land. He gladly took land in lieu of cash payments and at his death he owned tens of thousands of acres in Virginia, Maryland, Pennsylvania, New York, Kentucky, the Northwest Territory (which comprised a number of present-day states) and the City of Washington (Washington, D.C.). He owned stocks in the Potomac Company, the James River Company, the Bank of Columbia and the Bank of Alexandria.

It's painful to recount that George Washington owned slaves as well. He was conscious that he would be judged for that and therefore wrote in his will that, upon the death of his wife, all his slaves would be set free. An alarmed Martha Washington, not wishing to hurry that day, freed them all immediately.


One paragraph of George Washington's will reads as follows:

"To each of my nephews — William Augustine Washington, George Lewis, George Steptoe Washington, Bushrod Washington, and Samuel Washington — I give one of the swords or cutteaux of which I may die possessed, and they are to choose in the order they are named. These swords are accompanied with an injunction not to unsheathe them for the purpose of shedding blood except be it for self defence of their Country and its rights, and in the latter case to keep them unsheathed, and prefer falling with them in their hands to the relinquishment thereof."

Samuel Washington, who was a military man himself,  chose the sword seen above. The story of the sword and other Revolutionary War memorabilia can be seen at the Smithsonian website, here.
.