Creating a Renaissance Portrait and Frame 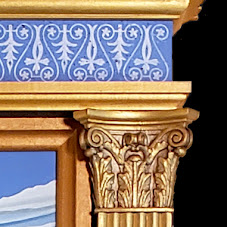 Several years ago, my brother Cliff and I visited the National Gallery of Art in Washington, D. C. We focused on the Renaissance paintings there, a favorite of which is Fra Filippo Lippi's Modonna and Child, below. 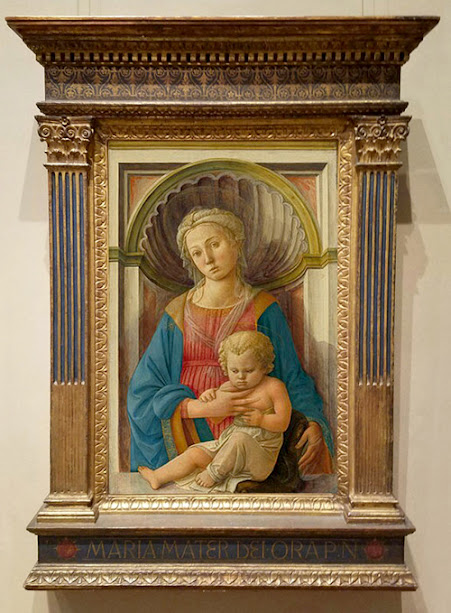 Cliff is a talented woodworker and was intrigued with the beautiful workmanship and construction of this frame — and of the other ornate ones there, too. He mentioned that he'd like to attempt making one, and I thought it would be equally fun to create a Renaissance portrait. And so a collaboration was born. 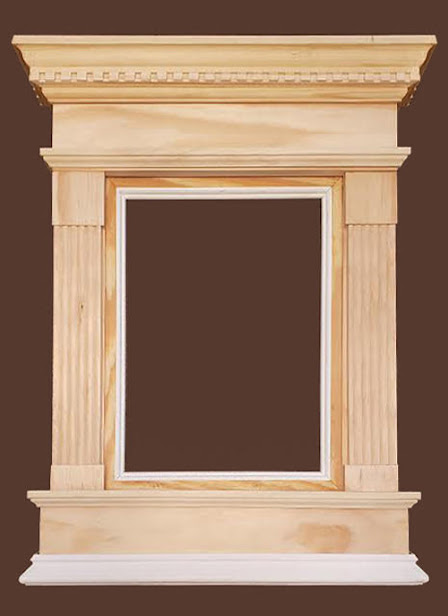 This is Cliff's initial frame design, and it's worth noting that all the wood and molding in this photo is from Home Depot. We made several modifications, and especially wanted classic capitals atop those fluted sides. 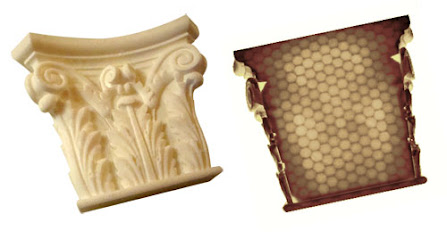 We opted for capitals made to size by 3-D printing. On the right, I've shined a bright light through the capital to show that the 3-D printing fabricates an inner honeycomb for strength and support. 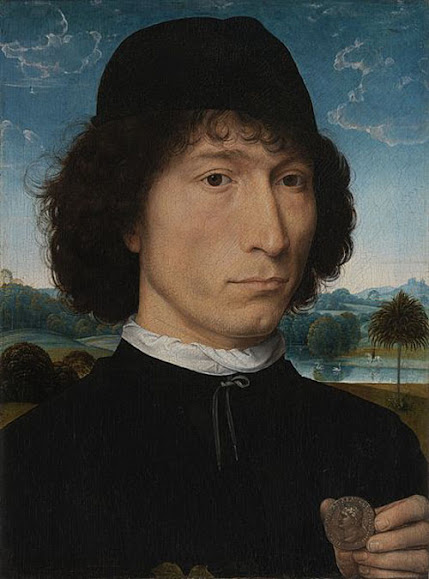 I chose to create a variation of this portrait by the Flemish artist, Hans Memling (1430-1494). The sitter is unknown, but it is supposed that he was Italian. I admire the work of Memling, though I am bothered that the hand is crowded into the bottom corner, a format that Memling repeated in other portraits. Memling's clouds are also usually these sketchy suggestions. My biggest change is to alter the face to my liking, making the sitter a little less dour. 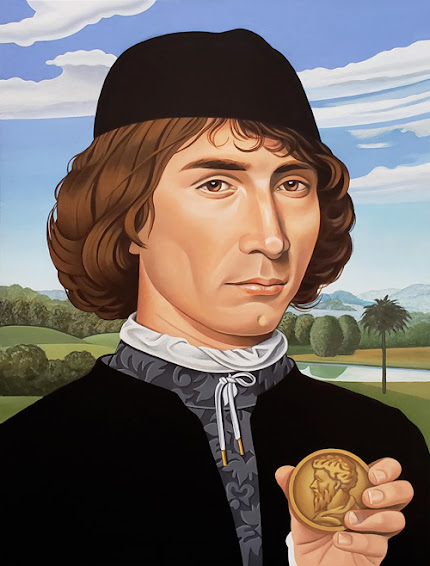 Here is my rendition, considerably brighter. The landscape hasn't changed much, but I've gone to town with the clouds — they look almost Art Deco! I've defined his tunic, and enlarged the hand and medallion. Below is a comparison. 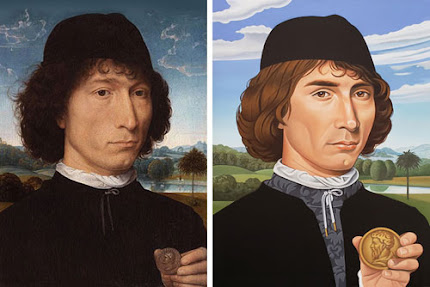 Once the painting was finished, I returned to the frame, which was in pieces. Cliff and I determined that it would be easier to paint each part of the frame separately, then fit it together. 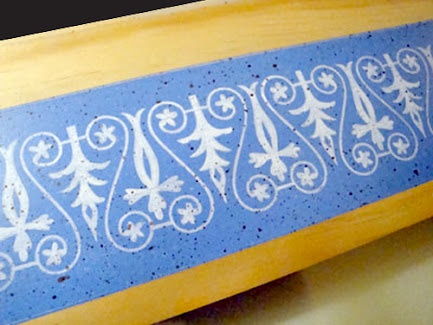 And here is the finished painting, with Cliff's frame. The inscription translates as "The High Reward of Honor," and I like to think that our sitter — whom I've named Umberto di Palma — has been rewarded with a medallion bearing the likeness of Marcus Aurelius. 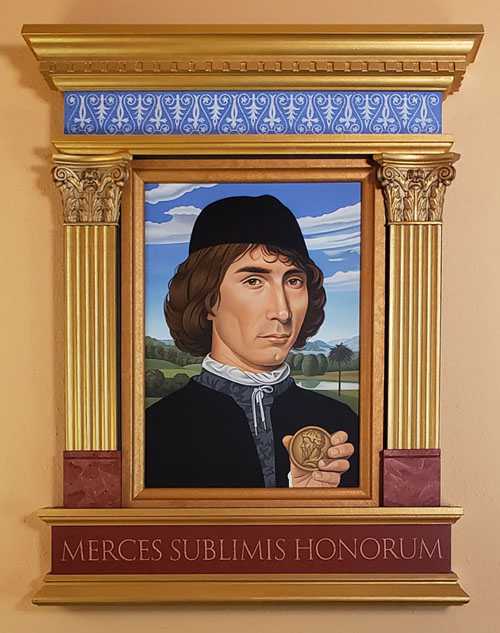